Not Taking It Laying Down 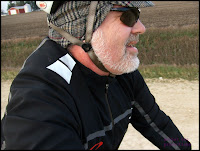 As I mentioned the other day, I had an uncle die this past week, and yesterday was his funeral. Funerals are not typically something you want to think about much, I know, but this struck me oddly. Not in the way you might think either....

See, I can't say that I am a very social guy when it comes to my relatives. I keep quite busy, my interests are about the polar opposite that many of theirs are, and, of course, most of us don't live any where near to each other. This all manifests itself with long spells between seeing many of these folks. In the case of many of the relatives I saw yesterday, it had been ten years or more since I had seen them.

Okay- so the point is that when you do not see someone for a long time, the changes in their physical appearances may be shocking, since you weren't around to see it happen gradually. Ya know what I mean? Maybe they were all shocked to see me, I don't know. I just know that from my seat, I saw some pretty big changes, and what I saw was alarming.

Overweight, soft, and aged would be the three things I was most struck by. And ya know- I don't mean to make these relatives of mine feel bad, or look bad, because let's face it- Most of America is standing right along side of them when it comes to health issues. We eat too much, don't take care of ourselves, and pay for it dearly later. Most of the time, that's how it seems to play out. 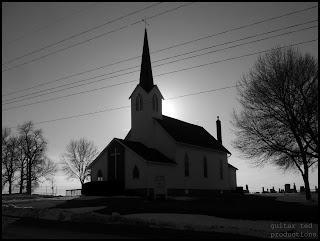 My uncle was seven years older than me. Now he is dead.  I'm not going to point fingers as to why that was, but let's just say it made an impression on me. I have a new resolve today. Not that I was going off the rails, by any measure, but I can do better.

I'm sure cycling has been a good thing for my health. There was a day when I smoked, drank to excess, and stayed out all hours of the night. Some life changes unrelated to cycling changed that, but cycling came along and helped me stay healthier than I probably would be otherwise.

And I ain't done yet. There is more to do. Challenges ahead, and I have one thing I am aiming for to check off my bucket list. That's going to happen in June of next year. I'm pretty adamant that I must complete that course.

Then there is bikepacking. It was all set to go this fall, then my plans were derailled by more important family matters. Now that the issues have begun to clear up, the bikepacking is back on the menu. So what if it is cold.....

I may be getting older, whiter haired, and slow, but I ain't done just yet. I know what path I don't want to go down now more than ever. Although I know someday I'll end up at the same place as my uncle, I hope to take a much more adventurous way around before I get there.
Posted by Guitar Ted at 1:30 AM

I know too well what you mean. I recently lost a close cousin who was only 3 years older than me. Made me rethink some things regarding what matters and what doesn't. Sorry for your loss. Happy for your new found resolve.

At 43 I'm seeing similar changes in the group I knew in college and have renewed my efforts to stay on the healthier side of things. I applaud anyone who does the same.

The fact that you have something- cycling- that keeps you on the right path is a bonus. It's a lot less work when you find your good habit fun.

See you on the road-

You're on a roll! I think one of the reasons many of us ride is because it gives us time to think and reflect. Space. Alone. Out in the open (be it rolling hills in Iowa or ragged Karoo in South Africa).
Great post, again ;)

I'm totally with you brother. At 54 I'm not done by a long shot and I can say that I've aged better than many I grew up with. I think you may have a movement going here:)