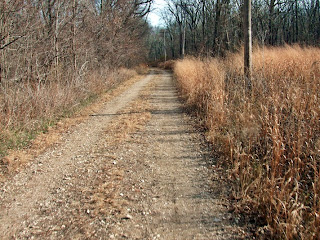 Okay, I am getting some things going in regard to what we are going to throw down for a Pre-Race Meat-Up this year. There are two plans available to me, and each has its solid plusses. However; there is a certain "sumpthin'-sumpthin'" I can't divulge just yet that is making one of the plans really interesting to me. It would be really rad- however- (which is another, nice way, to say "but", and you know what that means), there are several not insignificant logistical hurdles that would necessarily need to be overcome to accomplish this "rad choice".

So- it may easily happen that I''ll have to choose the other plan, which is fine. It would be popular, it would work, and in several ways, it benefits the community more, so stay tuned. We'll be working out the nits in the background and let ya'all know what's up as soon as ever can be. My goal is to have all the details sewn up by month's end.

The Barn: Several T.I. vets might recall how we were going to end T.I.V6 in a restored barn West of Grinnell a short distance, but that the weather confrusticated things, (that's a technical term, by the way!), and the barn was not seen by most that year. Well, the Barn is back on tap as a finish line again this year, but there is more to it than that. I think it is safe to divulge at least a general idea of what to expect in terms of our plans for this facility.

I posted this image of John Gorilla inside the Barn from T.I.V6. It'll give you a little flavor of what just to expect for the interior feel. Anyway, the deal is looking to be like this: Saturday late afternoon or early evening, the Barn is going to be opened for folks that want to come and hang out to do so. There will be a few reasons you might want to do this.

One, if you are a support person, or someone that had to drop out of T.I.V9, you'll find that at the Barn there will be grub to eat provided by the popular Tacopocalypse folks from Des Moines. Secondly, we're going to set up a laptop computer there that you can periodically check for updates from Trans Iowa V9 as I post "Trans Iowa Radio" audioblogs, Tweets, and hopefully Facebook updates. (If I ever get my i-Phone!) Thirdly- there likely will be adult beverages. Yeah......that's pretty certain. Then lastly, you'll be able to check out showings of "300 Miles Of Gravel". (At least, we think so at this point.)

Stick around as long as you'd like, or come back Sunday to see who shows up to finish T.I.V9, because the finish line will be right at the barn door! Weather permitting, I would say the absolute earliest that you could expect finishers is around 5am Sunday that weekend. Of course, conditions would necessarily have to be perfect for that to happen. It's most likely going to be somewhat more difficult than that, and I would think finishers would start showing up around 7-7:30am-8:30am in the morning and then off and on until 2pm when we shut the place down, clean up, and bug outta town. 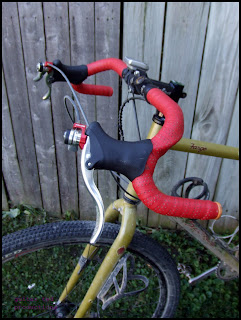 Retroshift Contest: I haven't mentioned this for awhile, but I have been getting some awesome entries for this contest and it will be hard to choose a winner. There is still some time for you, (if you are in T.I.V9), to get in on this. I snagged the description/rules from the T.I.V9 site for your convenience here.

I have access to either the type that works with cantilever brakes or the Retroshifters that will work with linear pull/Mtn BB-7 disc brakes, or other mech disc brakes that use mountain levers.The winner will be asked which type they need and they will be shipped out the first week of March.  Okay- following are the "official rules".

Trans Iowa is offering you the chance to win a set of Retroshifters. All you have to do is the following: 1- Be on the T.I.V9 roster. 2- Send Guitar Ted an e-mail describing why you need Retroshifters for your rig for T.I.V9 in 500 words or less. 3- Promise to use said Retroshifters in T.I.V9. 4- Allow for a media release and for your image to be used in any future advertising for Retroshifters. Contest requires no purchase and is only valid to current T.I.V9 roster place holders. Winning entry is judged by Guitar Ted and his decision is final. All entries become the property of Trans Iowa and Retroshift. Contest ends February 28th, 2013. If there is no winner the Retroshifters will be given as prizing for T.I.V9

The contest is sponsored by Retroshift, a sponsor of T.I.V9. Click the link and check out these great alternative shifters. If you contact them, tell them Trans Iowa sent ya.
Posted by Guitar Ted at 1:30 AM

I'll offer up an opinion, and that is while something cool before the race would be nice to have, I think I lot of the riders are more interested in a good meal and then getting back to the hotel to rest up and prep for the race (especially the ones that have driven a ways to get there).

I'd hate to see a lot of extra work and effort go into something before the race, especially with the barn being at the finish. I KNOW you and others have worked your tails off already. Take time for a little calm before the storm.