Generally I do a 4th of July ride every year on the 4th. Makes sense. If I did a "4th of July Ride" on any other day it would maybe be silly. But I made an exception this year as the 4th was forecast as a rainy, thunderstorm ridden day, and well.....I do not like being a lightning rod. I don't know about you, but generally speaking, it almost never just 'rains' here. It pours buckets, blows wind, and electrical storms are common. Going out for a ride in the rain then is a really bad idea.

Please forgive me this, but I did my annual 4th of July Ride on the 3rd. It was Sunny, not a cloud in the sky, and in the mid-80's for temperatures. In other words, almost perfect riding weather, and almost zero chance of being electrocuted. That's always nice.

So, I took off about mid-morning for a Southern route because the winds were out of the South. Not a gale-force wind either, like we've had most of the riding season, but a stiff breeze none-the-less. And as mentioned, it was plenty warm, but strangely enough, not very humid, which ended up being a good thing later on.

This route was a bit different in that I took the entire Sergeant Road Bicycle Trail. Along the way I ran into my old Trans Iowa recon partner, Jeremy Fry. I stopped for a bit and chatted with him, then I continued onward down the trail all the way down to Hudson, Iowa and then found my way West from there to the beginning of Eldora Road. This is a remnant of an old stage coach route/trail which was made over original Native American paths and went Southwest from Waterloo overland to points Southwest along the Iowa River, and Eldora in particular.

Some of this trail remains as "Eldora Road" and is 'off grid' to the rest of the roads here. Because it follows the Black Hawk Creek valley, it is relatively flat. But I turned due South at the Grundy-Black Hawk County line and headed toward Tama County on Grundy Road. 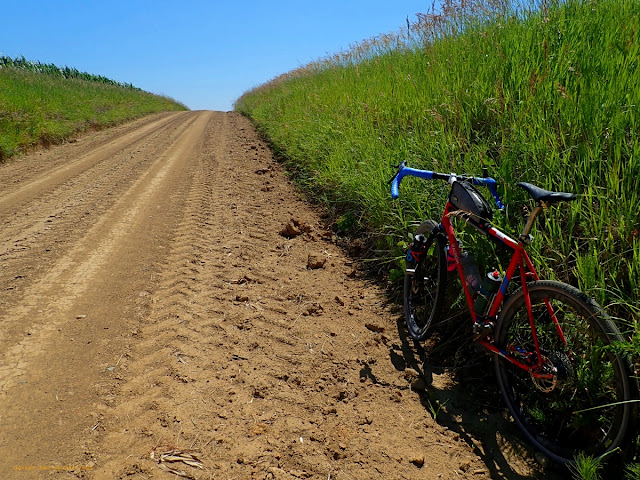 The first three miles going East would be on 110th Street, a Level B Maintenance section. It generally is a dirt road which is in excellent shape and I expected it to be fast and smooth. I was not disappointed. I stopped for a quick "nature break" and continued going East.

I was making pretty good time and now with the wind out of my face, it was easier going. Once I turned North it was game-on. The speeds increased, and I started ticking off the miles back towards Waterloo. 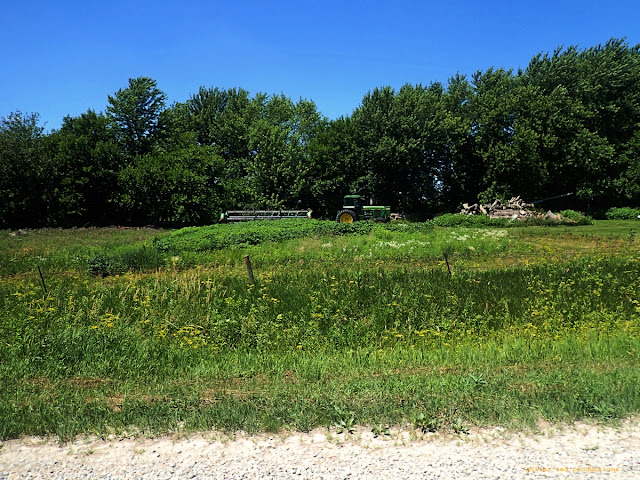 I started looking at my watch about this time and was trying to figure out if I was going to make it home for a late lunch. I calculated that I might make it by 1:30pm, if all went well. I was tossing around the idea of going East up Petrie Road's Level B section, but if I didn't, and went straight, I'd get home faster. But I hadn't been on that dirt road in a while, so.....

I debated and debated on this and in the end, I was making such good time with the wind I figured I could add that into the route. I had to go a mile east at some point anyway, so why not?

Anyway, I ended up the ride by doing a bit of speed work evading an aggressive troupe of Red Winged Blackbirds on Aker Road. That zapped me pretty good, and I was on the fringes of a pretty good bonk by the time I made it home, about 3 hours and 45 minutes, total, after I started. That's including four brief stops.

I feel like I rode well, despite not bringing anything to eat, as I should have, so I was pretty pleased with that effort. And I was very thankful for the freedom I enjoy to be able to do a ride like that.