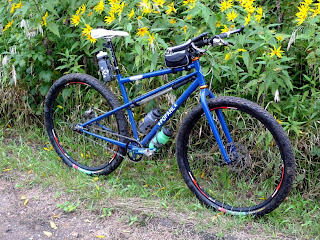 So I had yesterday off and decided to get after the Pofahl and figure out what the deal was with the incessant creaking. This problem has been intermittently cropping up and bugging me since the day I put the thing together. At one point I thought it was the crank set, so I swapped it out. The bearings in the bottom bracket were indeed shot, so I thought maybe I'd gotten it figured out.

Then the saddle was the culprit. Swapped and still- creaking! Then I read where some folks had creaky Chris King head sets. So, I greased the bejeebers out of mine. Still- it creaked! 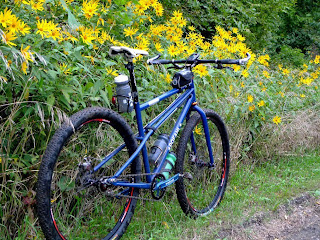 So I left the bike alone for a long time since I had other more pressing projects. The Pofahl lingered in the back corner of The Lab, getting dustier, and buried under more stuff.

This began to bother me earlier this year, and I silently vowed to myself that I had to start riding this bike. It was a custom design dreamt up by me and made a reality by Ben Witt and Mike Pofahl, after all. How could I just let this thing fester like a bad wound in the corner of my shop?
So I fiddled with it once in awhile. I actually rode it once earlier in the year off road. Still creaking and all. I just had to get to the bottom of it and the Good Life Gravel Adventure was a good reason to shift my mind into action and get with the program.

So, Tuesday night, I swapped out the clamp hardware on the Syncros post. Test rode, still creaked! Sat it back down in the shop for an assault on the creak Wednesday. When I got to it yesterday I tried a different wheel set first. An easy thing to swap out and it would eliminate that possibility. Nope! Still creaking!

So, Mrs. Guitar Ted said she thought it sounded like my head set was bad. Well, again, I'd heard King head sets could creak, (however- I've never had trouble before), so I swapped that out next for an Acros head set. It was one I had gotten purely because it was orange anodized, and that happened to work for this bike, so in it went. Test rode.....you guessed it.......Creak! 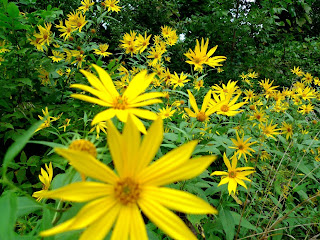 So, I knew I was never going to get to the bottom of it unless I tried to get it to creak when I wasn't riding it. I knew it didn't creak when I was out of the saddle, so I figured it had to be either something to do with the rear half of the bike, or the frame was broken somewhere. I wedged the rear wheel between my legs, and wrenched on the saddle. Sure enough, I began to find the noise. When I figured out just what tweak made the noise, I honed in on the sound, and felt for the vibration with one free hand. Aha! I pinpointed it! I was astounded, relieved, and disgusted I hadn't figured it out sooner. It was the frame. I'll explain....

The seat post is the correct size- 26.8mm- and it is 400mm long. This is part of the problem. The binder bolt worked perfectly. Never was it pinching too far, nor did the post ever slip. The problem was further down the seat tube. The inside diameter of the seat tube got slightly larger as it went down beyond the binder. Not much, maybe a few tenths of a millimeter at most. Just enough that when I pedalled in the saddle, the twisting/rocking motion of my pedalling would cause the post to rock back and forth, with the binder bolt being the "fulcrum", if you will, and allowing the post to click on the inside of the tube on each pedal stroke down.

The solution? One wrap of electrical tape at the bottom of the post, re-insert, and ride. No noise! Completely silent.

Man! I sure wish I'd have thought of that a long time ago, but at least I came to the solution to the mystery. Now I will be running the Pofahl at the Good Life Gravel Adventure and doing it creak free.......I hope!

You see, during my test ride, I got caught out in a drenching rain storm. Nice! Nothing like inducing another creak right after I figured one out that had been hounding me for almost two years!
Posted by Guitar Ted at 1:00 AM