Now more than ever I am glad I bugged out of work Friday early for that brief bit of warmth we got. Since then it's been back to the freezer for us here and we'll have another day of it yet today. Then....

Looks like a warmer bit again, but who knows how long that'll last. I sure hope it goes on for a while because it is hard to put up with the cold anymore when your mind is made up for Spring. Of course, Friday didn't help that along any, now did it?

My short term goal is to get ready for the Renegade Gent's Race coming up in 11 days. The course is relatively flat, but I need to work up some miles and this cold weather makes doing that harder, not to mention the brutal wind. Wednesday looks like a big ride day for me. We'll see how that weather holds up.

In the meantime, the past weekend and on into Monday has been a rather surprising stint for gravel road related events, news, and general hobnobbing of the sort. First there was a rash of new events discovered which I was busy compiling on the Gravel Grinder News Calendar late into the evening. Then it was a few e-mails from different areas of the country that weren't all about the same thing, but had gravel road events as their general theme. Finally, I had two phone calls concerning advice on gravel events and one interview.

This gravel scene, what can I say? It continues to blow my mind that it is gathering more interest and events keep popping up all over. I had news this weekend of two in the planning stages that haven't even been announced yet! I know one of them I am pretty interested in myself, so stay tuned on that front.......

Finally- I've struggled with this decision all late Winter and a couple things have occurred that have pushed me to make a decision in one direction versus what I had intended on doing last Fall. It concerns the 3GR. That gravel ride I did every Saturday morning for several months the past two years.

First off, I have decided not to continue these rides in 2014. The reasons are two-fold, as hinted at above. First of all, an excellent alternative for rides has arisen in a Facebook page called Cedar Valley Velo Ride Guide. I've already seen several Saturday rides on gravel there, so that fills the void, (if you can even call it that!), with the demise of 3GR. I invite the few that showed up on my rides to check that out.

Secondly, I have a plan to get up to where I am planning on the Guitar Ted Death Ride Invitational in July. I should be making several Saturday treks up there to do training rides, and these will be unannounced outings. Solo. Suffering. I don't expect a lot of folks will get that, but that's okay. I have a score to settle with this course, and I plan on being ready. I will be sticking to that plan..... Other Saturdays I will be doing other rides. I may join some CVVRG rides, maybe not. I may drive somewhere I've not ridden before and ride. I may ride out my back door, but I have found that Saturday morning rides are good for me and I want the freedom to go where I please for a while. Barn hunting, seeing stuff, and getting ready for GTDRI, Odin's Revenge, and Gravel Worlds. 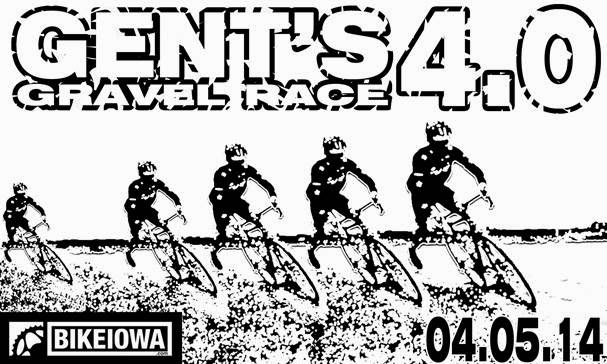 But first things first, and that's getting up to speed on miles and be able to pull my weight with my team at the Gent's Race. I will be using that Tamland I just got and I think that will be an excellent bike for that course the way it is set up.

I'm pretty sure I'll have to swap out those things I mentioned in my post yesterday on it, but for now I am sticking to the original set up. Tires will be a last minute call. I may be mounting up some lighter, skinnier tires than the Clement MSO 40's on it now, but that's easy enough to do the day of the event if I want to. The gravel hasn't ever been too awful down there, with the exception of that final run in two years back that left us scrabbling on the margins either side of the road for the smoother track!

Last year we got rained on. Who knows what this year will bring? Bad, rough gravel, rain, wind, or snow? This year snow wouldn't surprise me one bit! (Although I really, really hope that doesn't happen!) The thing is, we'll have fun and get a metric century in regardless of those possibilities.
Posted by Guitar Ted at 1:30 AM

Funny, my 40c MSO-equipped Kite is my thinner, lighter option. Anything smaller than a 38c casing isn't of much interest to me for gravel riding & racing. I'll be on the Kite at the Gents race...