Saturday I got up early. Good thing I also went to bed early Friday night. I had plans for a big ride thwarted a couple of times by heavy winds, but Saturday was not only going to be warmer, but with low winds. I only had to make sure I got back home by noon so Mrs. Guitar Ted could go somewhere.

So, I made it out of the house by 7:15 and hit the bike trail to the South. It was a great, sunny morning, and the warbling of all the recently returned songbirds was in the air. Red Winged Blackbirds, the most courageous of the lot, were taking up positions on poles and were busy looking for mates. Later, when they've nested, the males will go after anything and everything that comes near their nests. It is pretty amazing to see these red shouldered mighty-mites go after hawks and even eagles if they get to close to their territories. Even cyclists are not immune. But today, I was left alone.

Then I hit the gravel on Aker Road going South. It starts out as a gently rolling road and with the wind at my back, it was easy to roll up the little hills. The light was great for taking some images, and it wasn't long before I hit on the section of Aker Road I'd not ridden before.

The gravel was dry, cleared, and fast, fast, fast! I was in the big ring for most of this long section going South. The further South you go here, the more the rollers get bigger. Of course, Tama County gets you that! Eventually I reached a portion where I was drawing up on Wolf Creek, and then things went pancake flat for a bit until I got into Traer to refuel for the return leg. 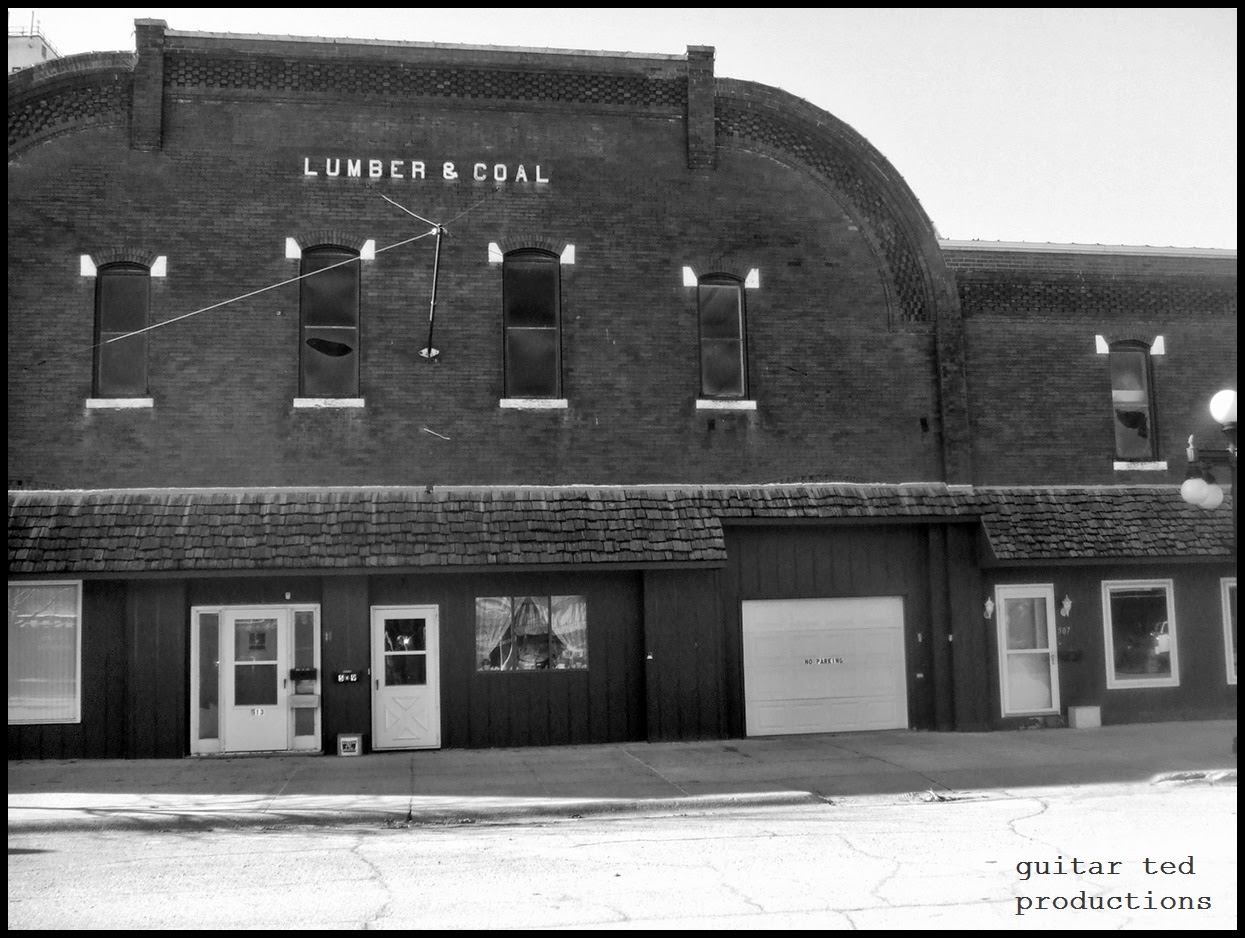 Traer has a convenience store on Highway 63 right smack dab in the middle of the town. I've stopped here a lot. It's been used for several Trans Iowas as either a pass through resupply stop, or as in T.I.V5, a checkpoint. I've used it for a couple of Guitar Ted Death Rides, and I've started lots of rides from here as well. If this place ever closes down, it'd be a shame. I'd miss it.

I got myself a breakfast sandwich here and drank down the rest of one of three bottles I brought along. I probably should have purchased some more liquids here, but I seemed to be doing okay and I wasn't thirsty. I need to just make myself drink more though. Probably would be a good thing. But anyway, the bacon, egg, and cheese biscuit hit the spot. I was hungry when I rolled in there! I should have purchased another for down the road though, as later I got hungry again with no chance of resupply.

I left the convenience store and cruised through the downtown area toward the old iron bridge that has been blocked off for years to get to a dead end gravel road that leads you to Ridge Road. When I turned the corner in town to come within eyeshot of the bridge, I was surprised to find that the old iron gabled bridge was gone! In its place a new bridge had been erected. A cement deal that had all the character of a Soviet era government structure. Bah!

Well, at least they replaced it, and now the access to town from the Northwest via gravel is guaranteed for a long time now. I figured it would be truncated someday when they finally pulled the older bridge down, but thankfully, I was wrong. Too bad the new bridge doesn't have a tenth of the good look and character of the old one. I suppose the bottom line is that it worked and got me to Ridge Road!


Ridge Road was a good section, but I needed to head back North to start getting closer to home. I nixed the idea of taking N Avenue as it didn't "feel" right and went one more mile to M Avenue, which I was pretty sure would take me a long way on my trek back Northward. Down off the ridge and over some steep rollers here, and of course, into the wind. It wasn't the super-crazy wind of the last two rides, but it slowed progress on the climbs quite a bit. I was as patient as could be, and things were going okay. However; I was feeling it in my legs now. They were getting tired and sore. So, I tried to spin more to compensate.

I looked up ahead at one point as I approached an intersection with a paved road, and I thought I saw horseback riders in the distance, but then they turned into cyclists! I knew that a group was leaving town a couple hours after me. It turned out to be the same. We stopped and exchanged pleasantries then they went on their way Southward and I struggled on Northward.

Along about this time I ended up hitting the valley of Black Hawk Creek where it was dead flat and I had to earn every inch of my progress. My legs were screaming at me, and I was pretty dang tired, but I was moving. I was also getting hungry again, and even though I passed through Hudson, I couldn't stop, as I was trying to get home before noon to allow Mrs. Guitar Ted the chance to go shopping with the kids out of town. So, I was going as hard as my legs would allow for, which is to say, it was pitiful, but again, I was moving!

Finally I made the run in toward Waterloo and home. Considering that three weeks ago I was very sick, and that just recently I have straightened out and felt better, this ride has to be considered a big success. Of course, next week I have to go do the Renegade Gent's Race, so it's about time I came around! At least the Gent's Race course won't be nearly as hilly as what I did this weekend. It probably will be a bit longer, because I only squeezed out about 56 miles, and the Gent's Race course is 63 or so, but I should be okay. Looking forward to it!
Posted by Guitar Ted at 1:30 AM

LOVE THE BLACK AND WHITE

@youcancallmeAl: Thanks! This time of year lends itself to B&W images, I think. I am going to upgrade my poor old Fuji P&S camera here soon, hopefully the new one does B&W images even better.