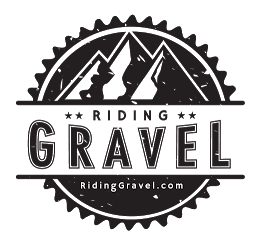 A year ago today I announced a big change for me, and at the end of that month of December, I announced another. One was a new beginning, the other was an ending. I joined forces with Ben Welnak of RidingGravel.com and merged Gravel Grinder News in with it. At the end of the month I left Twenty Nine Inches.com after almost ten years of service there. I thought today, since it is the anniversary of these big changes starting to take hold, I'd look back specifically at what this has meant to myself from a personal standpoint.

I guess one of the biggest things I was looking for out of all of this change was time. More time away from the computer, editing, writing stories, riding herd on review bikes, arranging tests, and publishing stories for two sites and sometimes three different writers, besides myself. In that regard, this change was a great success. I had so much extra time I didn't know what to do with myself, and to be honest, I still am adapting to that. It has been one of the best things about the changes from last year, for sure.

The other thing was getting away from "having to ride" to riding when and where I wanted to. That has been wildly successful. I was really wanting to get back to riding on gravel roads, since that was something that I had to relegate to Saturdays only for a long time, if I did it at all, and even then I felt guilty about it. This year? I rode so much gravel, enjoying every mile of it, that I only made it to the local Ingawanis Woodlands once all year so far to ride. That's unprecedented.

Not that I don't like mtb anymore, because I do. It's just that all the roads and sites and sounds of gravel riding are captivating and new. I could almost ride Ingawanis in my sleep, I've been there so many times. Again- not a bad thing, but I was in desperate need of some balance. I bet I ride more mtb next year, less gravel, and reach a better balance in these things, but we'll see....

The point is, the changes have been everything I suspected they should be, and I have gotten to do some gravel events I haven't been to in a while, (Dirty Kanza 200, Gravel Worlds), and meet a lot of people I haven't seen for years at those events.

So, I'll keep working on what to do with my time, (fixing up the house was one thing I started doing again), and I'll try to keep a good balance in terms of types of cycling next year. That said, I am super pleased and happy with where my cycling life is right now but I also know there is room to make improvements. I hope to continue to grow and stay focused with a good balance in life. I think last year those changes really kicked off that direction for me and I aim to continue on that path.

Thanks to all who have been supportive and continue to read where I write.

I'm pleased to hear that you are finding more balance in your life. Too often in the pursuit of things we lose contact with what feeds our souls. Keep exploring the joys of balance!

Yeah - It's funny how you can get committed to this very important thing and down the road it is like - what am I doing ... this is not what I am or want to be doing with my time. But, it was important for a time.