We Were Warned! Late last winter/early spring tire companies were sending out dour predictions for higher tire prices. It was all due, they said, to weather related issues where the rubber plantations are which caused a significant reduction in rubber producing trees. Claims of double digit price hikes were not uncommon.

Most riders didn't pay any attention, of course, since tires in the pipeline already were unaffected by these predictions. However; now those tires are all out the door, and suppliers have no choice but to jack up the prices. And boy, have I noticed an increase!

So, what does it all mean? probably that more inexpensive tires will be sold, and that more folks will actually wear out their treads before swapping out again. The big bummer will be if folks are having ripped sidewalls, or other failures. Time to weed out the weak tires, suck it up, and run some heavier beefier tires? Maybe.

We'll probably see more tubeless conversions as well, since tube prices are going up right along side of tire prices, and running sans tubes may make more sense than before. Either that or folks will start having "patchin' parties" again, like we used to. Gather up all the punctured tubes from the season, get some "adult beverages", and turn on the music some cold winter night. Patch until the wee hours!

It is going to affect more than tires and tubes though. This will be part of price increases on anything that uses rubber in it, like grips, for instance.

Kicking It Old School: The National Championship mountain bike races were held recently, and while you usually talk about the top three guys in any given event, there was a man of particular interest that came in 14th that day.

What is even more remarkable, perhaps, is that Ned wasn't riding the best of the best hard tail Specialized makes. Nope. He was riding a new Carve model, (no doubt tweaked out from stock, but still...), and it was an aluminum framed bike, not the usual carbon fiber ridden at this level. I don't think an aluminum frame for XC is all that bad of an idea, by the way.

Interestingly, Ned says he doesn't think much about the age thing. He's just hungry to do well, and keeps the age thing in perspective. It is great to see a champion like Ned still doing well at 56 years young! 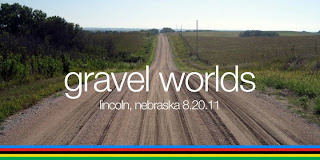 Get Here: Lincoln, Nebraska, home to the Pirate Cycling League, is hosting the Gravel Worlds again this year on the 20th. I think you can still get on the roster for this, and if you can- you should.

I want to go- really bad! But, I don't know how the rest of the month is shaping up yet. I will say this- You'll not meet a finer bunch of gentleman than the folks from the Pirate Cycling League/Lincoln Nebraska scene. This race is awesome, yet has that "low down in the streets" feel, but in the country, sort of. (I know----it's hard to 'splain, Lucy!)

All I know is, these cats have it goin on down there and if you go, I guarantee a Guitar Ted good time. (Whatever that's worth to ya!)

So, go out, grind some gravel, ride some roads, and cut up some trail. Whatever, get some bike ridin' in. Have a great weekend!
Posted by Guitar Ted at 1:00 AM

Where's Frank when we need him;)

Man you're right... Tires are getting expensive, but they're better than ever too, so I'm not complaining too loudly yet.

Thanks for the kind words on the Lincoln scene. Hope to see lotsa folks here later this month!

Have a great weekend,
MG

I think the tire companies have been spinning you a yarn. Most tires and tubes are made entirely from butyl rubber, which is derived from petroleum. The reason prices have been going up is due to the recent high oil price.

Natural rubber is also known as latex rubber, and is best known for its use in, um, a different product altogether. Latex inner tubes are available, although not very common. They are very light, but lose air fast. A few tire manufacturers, notably Continental, do use a certain amount of latex rubber in their tires, so I suppose the reason given may not be entirely inaccurate.