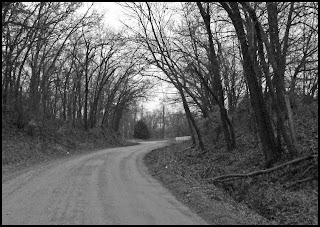 Social Media- love it or hate it- is here and it works. I had resisted doing anything with Gravel Grinder News specifically in regards to social media for quite awhile. I figured I would just piggy-back it on what I was doing on a personal level. However; with the recent realization that this stuff is getting a lot more attention than I thought it was, I decided not only to pursue a new GGN website, but to start a Facebook Page for Gravel Grinder News.

And boy! Was I surprised again. It went to over 440 people in two days that "liked" it. That's just basically "Facebook word of mouth" right there. Pretty crazy, but there ya go. It has a lot of activity going on too, which is again- surprising me. I guess this thing is going somewhere, and I have to decide a few things this Spring. Can't say that it's boring around here, that's for sure! Sometimes I wonder if I need things to actually calm down a bit. 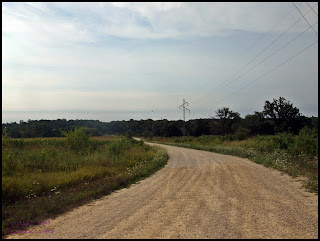 Can I Show You To The Door?

I imagine I am not the only one that feels Spring is late. Tardy. Out there goofing off somewhere instead of coming around, melting this infernal ice and snow, and warming things up. I like Winter- don't get me wrong, but I also like it when the seasons actually change from one to another. This is getting ridiculous.

So, I think I am doing a gravel ride Saturday no matter if it is freezing or not. Maybe it would actually be better if it was frozen at this point! I've heard that the roads have been awful when the Sun gets them unfrozen right now. But either way, I need to get going here because I have an event in less than a month and I need to dial in my rig.

Winter has really put a damper on that. Heck, it's been in the low teens in the mornings most of the week here, and only just today did it get over freezing. Tomorrow is supposed to be nice too, but Saturday it will be cold again. At least the roads should be pretty free of ice by that time. Maybe. we'll see. 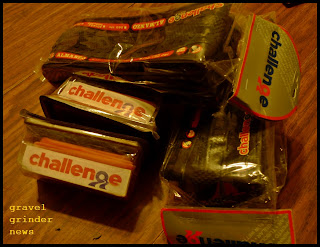 Well, it looks like more gravel related stories today than anything! Here I have the Challenge "Almanzo" tires which are skinny little critters at 30mm, (claimed), and are handmade gems that sport a 260 TPI (!!) casing. Pretty high end stuff here as far as tires go.

I also got these Challenge strips of bubblegum. Well........actually they are not bubblegum! Old 90's era mtb freaks will recognize these as latex tubes. Remember those? Yep! and these are light and will be going into the Almanzo tires which will then see gravel duty and be reported on over at Gravel Grinder News.

These tires will get mounted up to the HED wheels I reviewed and on a set of Velocity A-23's for good measure for a time as well. I have a plan of attack for these things and if all goes accordingly, it should result in a pretty interesting review. Stay tuned- I'll link to it here once it gets published.

Okay, that's it for this edition of News and Views. Have a great weekend, and push some Springtime weather our way if you have some to spare, won't you? Thanks!
Posted by Guitar Ted at 1:30 AM