Recollections From The Recon

Okay, spend over 13 hours, most of it bouncing around in the cab of a Ford Crew Cab 4X4 nic-named "Moby", and tell me that you wouldn't have a few choice memories from that adventure.

Well, maybe you wouldn't ever subject yourself to such madness.

Okay, I get that, but if you did......well, here's what stood out for me from the day of bouncing around over Iowa's rural roadways: 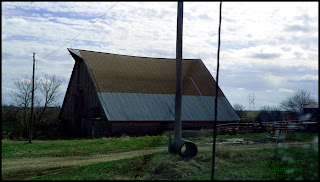 Thanks to Wally and George for the company and use of Moby yesterday. I had a blast with you guys and it made recon super-smooth.

Okay, that's a wrap on the novelties from the recon. Tomorrow is a photo-blog edition of the course recon report.