Oh.......crap! 4:00am comes awfully early. One of these days I'm going to quit this nonsense. But not this year....nope! I pull on my clothes and lace up the Keens. Grabbed my stuff and headed out the door into the dank blackness of the Iowa countryside. Why? Because I needed to meet my two partners in crime to get the cue sheets verified and the roads checked one more time just prior to the running of Trans Iowa V9.

I will have some commentary after the images, so let's get on with the story...... 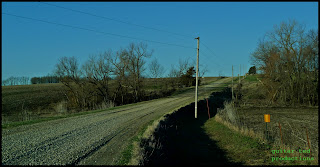 Leaving Grinnell we noted right away that the roads were really looking much like they do immediately after the frost has come out. This typically happens in March, not mid-April. The roads were soft, very rutted, and there were many fast, smooth places, but just as many slow, soft, rutted places to offset that. It was below freezing when we started and the wind was frigid. The day was beautiful though, and we were treated to great scenery, wildlife, and little to no traffic. We scouted a few features in the early going and made several stops to confirm, inspect, and plan for image taking while we spent the morning hours away.

Okay, here is a sample of what we were treated to most of the day. The roadway pictured above has already been "patched" once with fresh gravel, but soft conditions have basically absorbed the gravel. You can see the ruts, the wetter spots, and I will also tell you the roads were soft and spongy. 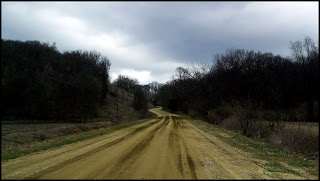 So here is an example of some of the road that was faster, packed in and not quite so rutted and soft. This was not the majority of mileage that we drove, but there are miles of this sort of road out there right now. My opinion is that these won't last. We all thought that the counties would start maintaining these any day now. 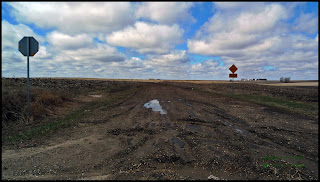 B roads? Why yes.....there are some B Roads!  I will let a little tidbit out and say that there are zero B Roads before Checkpoint #1. None! But after that........game on! If you are wondering, "yes", the above image is a B Road you will be walking during Trans Iowa V9. 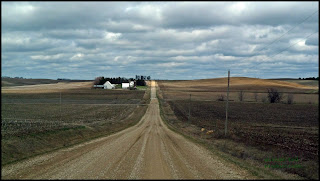 Later on we noted that there was some older maintenance out there and it was deeper gravel just laid out without any grading. This ranged from "no big deal" from the standpoint of the truck's handling to us getting slightly sideways and sketchy at times.

Here's another example of the maintenance we came across. This depicts the more deep, loose gravel over the older, muddy road bed. We expect there to be a lot more of this type of road where there now is smooth, dried, dirt road. 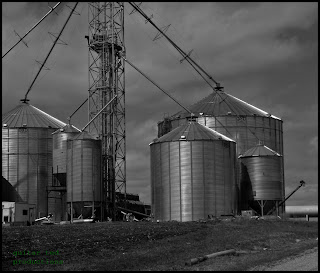 Okay, this has nothing to do with the course, the roads, or how anything might affect you. However; we all noted that there were a lot of new, shiny grain bins all over the place. Just thought it was a curiosity worth noting. (And I like this image!) 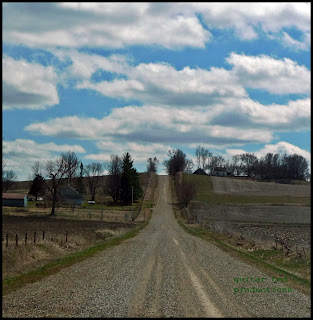 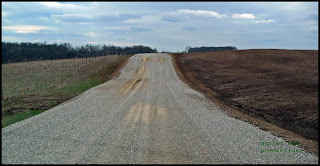 Here's what we think we'll see more of in two weeks- Fresh, deep gravel across the roadways. It may be packed in by farm traffic as well, since the farmers are just beginning to get into the fields now. Depending on rain events and their timing, we may be looking at dealing with lots of agricultural equipment come T.I.V9.

Okay, that's a wrap on recon. We found one minor discrepancy in road names, and one possible concern that may need to be addressed come race time, or maybe not. Otherwise we are good to go. Stay tuned for more announcements on the course soon. 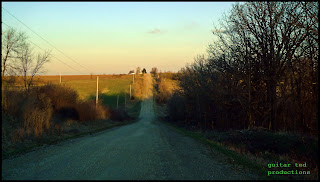 Notes To Make Note Of!!

The following items came up during recon and I thought they were things riders needed to be reminded of. Please Note The Following:

Well, in all honesty, that's a better report than I was expecting, but it confirms the setup I've been working on is just right for what we'll be riding... Excellent.

Thanks for the update! Lookin' forward to seeing you soon.