Trans Iowa V11: A Look At The Rules- Part 2: The Golden Rule 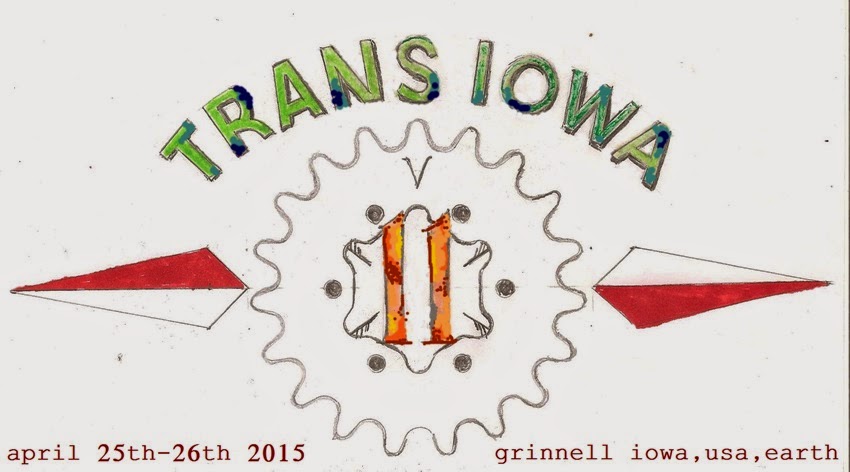 Last year I did a historical overview of each Trans Iowa up to T.I.V9. This year I am going to revisit something that I feel many folks have overlooked for a long time; The "Race Rules".

#1: The Golden Rule is the subject of today's look at the rules of Trans Iowa. Let's see it here and then I'll give my comments on it.

The Golden Rule. The sponsors, organizers, and anyone having anything to do with this race are NOT responsible for your safety. Think of this race as a 300+ mile hard training ride with prizes. We can't say this enough.....YOU ARE RESPONSIBLE FOR YOU!

Okay, this is the "golden rule" because it is the lynchpin that everything depends upon for self-supported events like Trans Iowa to work. It is also the most copied rule Jeff Kerkove came up with for the event. It's pretty obvious why we have this rule, but interestingly enough, the first two Trans Iowas did have insurance, and the entry fee was set to just cover that fee we were being charged for the coverage.

The self-support factor and the "You Are Responsible For You" statement has been beaten to death over the years, so I will not plough through that old ground again. What I wanted to bring out is in this sentence: "Think of this race as a 300+ mile hard training ride with prizes."

Interestingly, the rules for Trans Iowa were written well before we had a course settled. Neither of us knew how long the event was actually going to be. So instead of nailing down a specific distance, which was our initial intention, Jeff wrote that rule with a vague reference to the distance. I had told him it would be over 300 miles by some amount, so he went with "300+ mile". 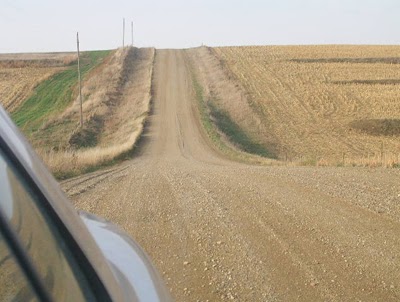 Then there is a reference to a "training ride". Jeff had spoken of this event from the perspective he had at the time. He was a 24 hour solo racer. That's how he thought about this event, so in his mind, it was going to be something that might attract other 24 hour "nut bags" to come out and use the event as a training opportunity. Thus the "training ride" reference.

Essentially, this sentence was there to dial down expectations, which again, were coming from the world of 24 hour events. The big ones. Events where there was darn near a circus going on alongside the race and prizes and payouts were pretty substantial. In that context, the inaugural Trans Iowa was going to be a much humbler affair. Sure, we had some killer prizing for a first time event. Riders received Ergon grips and Tifosi eyewear in each race packet, amongst other things. However; we weren't going to pay out any money, there were no trophies, gizmos, or handmade awards at the finish, and certainly, there wasn't a bunch of start line or finish line hoopla. It was as basic as it gets from that standpoint.

Not that there were no extra trimmings, mind you. We were sponsored by Red Bull, (the endurance racers friend, you know!), and they set up a 40 foot high teepee at Algona where the Checkpoint was. A little known fact regarding the Red Bull sponsorship was that they had sent out two rather "hipster" looking fellows to hand up Red Bull all along the route. Yes....all 310 miles of it. These guys were pretty much out there on their own, since we were putting this on with a shoestring budget and almost zero volunteers. In fact, I never saw them again after Algona, but later I heard a funny story about them.

It seems that once they realized there wasn't a "peloton" and that the event was in Iowa's most rural environs, they sort of tried to guess where the riders might be stopping for resupply. Obviously, communication as to the whereabouts of any of the riders was almost nil. So they were left to wander about aimlessly, looking for any opportunity to turn on some unsuspecting Iowan to the virtues of their elixir. As it turned out, I heard they were seen in Cresco Iowa, off the route in the town passing out Red Bull samples to suspicious small town folk, who had mostly never seen a hipster or knew what one was back then. I heard they got some pretty odd looks!