Kicking Around An Idea

I would have put the word "registration" in the title, but I fear there may be an unintended response if I did that. So, anyway, here are a few things that may shape how registration goes for T.I.V11......

Due to the fact that there are over 100 finishers these days, I am going to have to head off a potential problem with Finishers possibly taking most of the slots for the next Trans Iowa. One thing we all know is that there are 120 slots. We also know that Finishers will be taking the first crack at the roster. The difference will be that I will no longer take any and all Finishers for the next Trans Iowa. Here is how this will likely work out.....

There will be a spot given, no matter what, to any former winner of a Trans Iowa as long as they register in the manner specified and by the time that is allowed to do it in. (NOTE- I am not giving any details now for specific reasons.) The list of "winners" will include the following individuals: 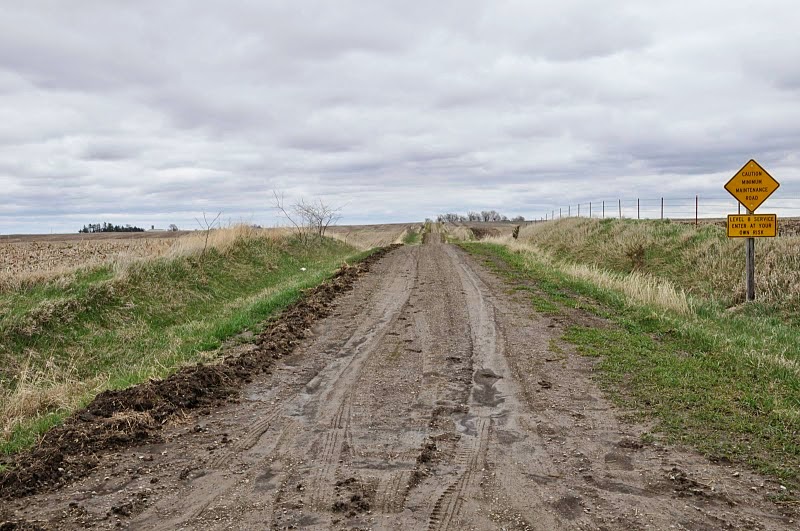 The Asterisks: Of course, there were times when Trans Iowa was truncated, or had no "finishers". However; in these cases we recognized "winners" based upon shortened courses, or based upon the furthest anyone was able to go.

I also decided to recognize the first placed Womens Open finishers in the years we had women finish the event.

That's a possible 12 roster spots.  I am allotting a total of 30 spots for Finishers. Last year we had a record 34 finishers take spots, but remember- some of those folks were former T.I. Winners. I think having 30 spots for Finishers is good, and considering I am only going to go up to 120 folks total, I have to draw lines somewhere.

Veterans & Rookies: The remaining spots will be split between the Vets and Rookies, and here is how it will play out. The registration will happen for Vets first before the Rookies. If the Vets take 40 spots, that's the cut off for them. If for some strange reason that number isn't reached, the remainder will be added to the Rookie's total of 40 spots. The Rookies will register last, and will only get 40 spots, (unless there are some added from the Vet's allotment), and once all the spots are taken, the registration will close. There will not be a waiting list kept, there will be no transfers, and there will be no "Industry Cup" this year. You either get in the "old fashioned way" or you do not get in.

In fact, I am toying with the idea of making all entrants send in post cards. Why? Because the e-mail thing seemed to be taken to mean that one could e-mail me at anytime before a Trans Iowa as a Finisher and somehow get a spot in the event. Making post cards the "official" currency for getting on the roster and that having a short window of legitimacy makes for a cleaner, more level playing field.

So, don't get your writing utensils and stamps ready right now. Nothing has been "officially" announced for registration just yet, but it will soon. Stay tuned..........
Posted by Guitar Ted at 1:30 AM

Thanks for all your work and dedication.

It seems that the mail/postcard thing adds a certain amount of hysteria among those trying to register from places outside of Iowa state lines. I would suggest that the USPS is not the deciding factor for those trying to get in...cards drawn out of a hat would be a lot more ethical and humane! Thanks again!

@ Jeremy Kershaw: Hey there! Thanks for the comment. From the "Been There (Almost) Done That" files- We proposed a scenario just like that which you have suggested for T.I.V3's registration and it was a nightmare! I had several folks sending in multiple cards and one fellow sent in 300 so he would up his odds of having his card picked out of the hat.

Certainly- I could say "only one per person", but then I'd also have to regulate the size, blah,blah,blah....

We ended up letting all 128 that sent in at least one card or more in that year. 64 showed up.

So- no. I do not want to be the "deciding factor" on who gets their names drawn and who doesn't. I say let the randomness of the mailing systems do that. It's out of my control, and in reality, it becomes the most fair way that I can easily and without tons of extra work, rules, regulations, and potential fingers pointed at me- do registration. It has functioned well for the seven Trans Iowas that this system has been refined to up to this point.

There will be "hysteria" associated with the registration no matter what we do. I can remember the level of hysteria being quite high for the online registration during T.I.V2, and that had zero post cards involved in its process!

Hi Mark. Looking forward to riding the trans iowa, but I live in Mexico and doubt that any postcard of mine will ever reach you, for what its worth.

For those worried about the Postal Service, there's always the option of UPS or FedEx. Plan ahead, find out the time for delivery to Iowa from your location, and send it UPS or FedEx Ground so that it arrives on the day registration opens. It'll cost you more than a stamp, but you will get tracking info on your package and a little more piece of mind.

@Guitar Ted: I love that you admit part of the reason you do postcard entry is just so you can get mail! I'd be the same way!

"Because the e-mail thing seemed to be taken to mean that one could e-mail me at anytime before a Trans Iowa as a Finisher and somehow get a spot in the event." It is amazing they drew that conclusion from the directions. I mean, these people presumably can drive, go to work, ties shoelaces….. Having said that I did send in multiple cards back in the day….