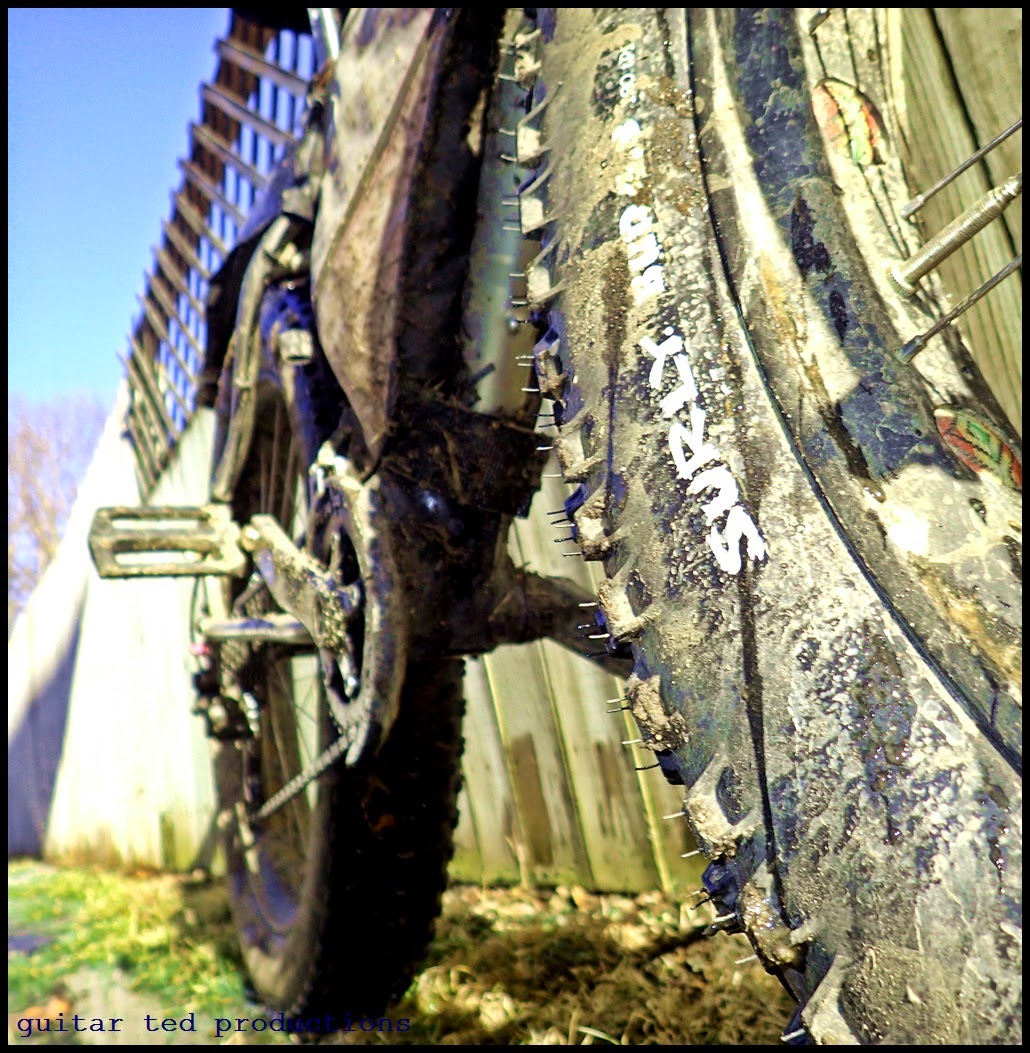 The transition from deep Winter to Spring has been a hard, jarring one here. Last week we were barely into the teens for highs and there was a ton of snow pack on streets and snow was everywhere. Yesterday the temperature broke the 60 degree mark for the first time this year and the snow is nearly wiped out, excepting what the snow removal folks piled sky high last week.

The snow melt has been swift, and as a result, it has run off and created several really muddy places. I also have had lots of big patches of frozen ice to negotiate every morning. So, I have been using the Mukluk, since it is geared and faster than the Blackborow DS at this point. It also is the bike with Crudflap on the crank.

Crudflap? Yes, the dealio I wrote about here recently. I think there is something to it too. I have run through some marshy spots and muddy sidings to roads that have slung all sorts of crapola onto me and the rest of my bicycle, but the chain never has given me that terrible grinding, crunching noise. I think the rides since a week ago have been the best to illustrate this so far.

Will you ever be able to get one? Maybe someday. It's not in my ball park to say anything, but I can tell you it is being worked on now. Maybe soon, maybe never, that's all I know now. Either way, I am blessed to have had the chance to run this gizmo, and I think it has saved my chain from a lot of what would have been excessive wear and tear of late.

Anyway, with the speed that Spring is coming on at, I cannot imagine that the soft, wet places will survive much longer. With little to no precipitation forecast for the coming days, it won't take long for the ground to become concrete hard again, and the gravel roads will be dusty and dry once more. That's okay for a while, but we'll be needing rains sooner than later this Spring, or we may be in for a dry period here. We'll see. Now that I have this out in the World it will likely rain for two weeks straight!

Crud flap is a good idea, could be made better if it also kept the stuff that gets scraped off the rear tire from falling on top of the front derailleur as well... but I suppose with everyone moving to a 1X setup this might not be a problem for most.