Ten years ago on this here ol' blog I was showing my Sea Otter pics. I was rolling in style with the former owner of  "Twenty Nine Inches" at that time, Tim Grahl. The whole TNI gig thing was pretty sweet looking at that time and I was playing around with thoughts of quitting my bike shop wrenching gig and going full time on the blog/review trail. Glad I didn't do that then, cause I would have been very sorry I made that decision in about 6-8 months from that time. Anyway......

Sea Otter was amazing, really. I had such a great time with so many "firsts" for me. The first time getting grub from a Trader Joe's, the first experiences navigating with a smart phone, and riding at the venue was spectacular.

There were so many people to reconnect with and new people met there. It was very apparent that "Sea Weasel" was a different animal than Interbike was. The vibe was so much better there in Monterrey. The industry was gravitating more and more to this festival as a place to debut new product, where at about this time Interbike began its slow decline into meaninglessness. It was a palpable feeling then, and now it has been magnified to epic proportions. Sea Otter thrives in 2018 while Interbike strives to reinvent itself with a new venue. I'm not sure Interbike will ever be relevant agian, despite all the efforts it is making.

There were sneak peeks at upcoming product, newsy bits, and lots of work typing and posting content. We were pressed for all kinds of reasons and had little, if any, downtime. The three or four days I was gone went by in a blur of activity.

It was fun, but it wasn't ideal. I had a ton of stuff to do for Trans Iowa yet, and I could do nothing at all for a week while I was traveling. This was only a year after one of the most stressful situations I had ever gone through in T.I.v3. The Sea Otter trip would have been excellent any other time of the year, but just before T.I.? Not so much. 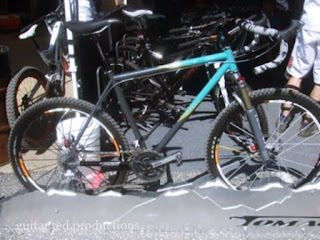 This year, the "Sea Weasel" featured a bevvy of gravel bikes and components for such bikes. Much has been said about the gravel/all road bike being transformed into a mountain bike-like thing. I'll have news and commentary which will illustrate my thoughts on this subject later. I just wanted to point out that the mere addition of a drop bar  to anything other than a straight up road racing bike or bikes like touring and cyclo cross bikes, used to make people's head explode.

Take this Tomac rig made to look like a modernized version of the classic Yeti John Tomac rode in XC races in the late 80's. I remember some folks thought it was a cool exercise in a way, but, you know, drop bars are stupid on mountain bikes. Remember, this was mere months before the Salsa Cycles Fargo debuted. there were maybe three flared drop bars, and no gravel bikes. Anything with wider than 33mm tires that had drop bars just wasn't taken seriously.

Now, a mere decade later, you cannot turn around without hitting the next 650B X 2.2" tired, drop barred, porcupine-like,  braze-on laden gravel bike. It's like the world went upside down. No wait! It's more like what happened in 2012-2013 with fat bikes. Yeah.......

And we all know what happened after that. 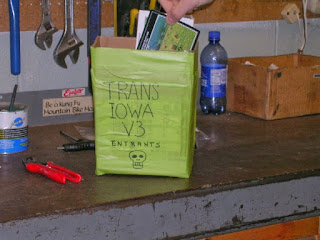