Tuesday news broke that Cannondale, who were recently in the news for being purchased by PON Holdings, is currently building a new assembly facility in the USA.

The story, published by "Bike Europe", a site for news of the trade, states that the new facility is being constructed in Rincon, Georgia. This city is located just North of Savanna, Georgia and not far from the major East coast port of Charleston, South Carolina, which makes sense from an import of parts and frames/forks standpoint for the brand.

Comments: It should be understood that while the assembly of bikes will be back on U.S. soil, the manufacturing of frames and forks will still occur in the Far East. However; it might prove to make Cannondale more efficient for its US/North American based dealer network to have this assembly factory based here since it may allow Cannondale to react more quickly to supply changes and demands for the market here.

What may be of more importance for the future is that Cannondale is trying to make it so that their bicycles can be assembled and ready to ride in fifteen minutes or less by dealer technicians. Presumably this would be so easy that consumers might also be able to accomplish assembly of a bicycle. New box designs and major assembly of bicycles in the Rincon facility could portend a move to a consumer direct retail model, which many in the industry are thinking will be where the major bicycle brands are going to focus sales on in the coming years.

But for the near-term, the "Bike Europe" article only quotes a Cannondale official as saying  that this will have .... a quick impact on the market but (the new US and European facilities) are also set up to evolve and grow with demand and innovation opportunity...” Innovation opportunity? That's an interesting term. Could mean anything, but with onsite storage capabilities of assembled bikes, it would make sense that a future "innovation opportunity" might include consumer direct sales. 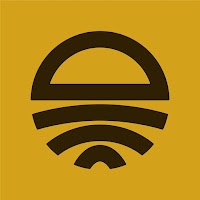 The Mid-South gravel event has partnered up with the SBT-GRVL event in Colorado to encourage more participation by under 18 riders by offering reduced prices for entry to their respective events. The announcement was made on their respective social media accounts Tuesday of this past week and a post on the SBT-GRVL site gives more details.

A quote from the story linked above: " This initiative isn’t just aimed at elite juniors,” said Amy Charity, owners of SBT GRVL. “We want to welcome and raise up the next generation of back-of-the-packers, the kids who simply want to have a good time out on a bike and see where two wheels can take them. This is about fun and experiencing gravel. ”

Comments: A great idea and I think this will be well received. Interestingly this marks the second partnership with another event for the Mid-South. Once again, this makes me feel like a door is opened for more in the way of partnering and perhaps even a series format for these three events is in the future. All three events and their directors have staunchly resisted any associations with USAC/UCI and are representative of the biggest non-corporatized gravel events happening currently.

Again, any series ideas are completely speculation on my part, but with the energy and enthusiasm that Bobby Wintle brings and with the influence he has with his Mid-South event, I could totally see this happening. Especially so with the leadership shift at Gravel Worlds. I'm feeling this could be in the cards. Convince me otherwise.....

The long running boot models, Ragnarok and Wolfgar, from 45NRTH have received updates for the '21/'22 season. The Wolfgar is more about fat biking in ultra-cold conditions. I won't cover that one here. That boot has been redesigned, but the features are more about small tweaks. Not so with the completely new Ragnarok Tall, a boot which has a taller cuff now than the normal Ragnarok.

The cuff is made of Neoprene and is a claimed 5.75" high, a full 3.5" taller than the Ragnarok. The cuff is closed with hook and loop material but the main boot is a BOA closure system. The normal Ragnarok remains in the line up if you don't want the taller cuff. However; it would seem that the 'bumble-bee' color scheme is inescapable.

Ragnarok Tall will cost $245.00 and should be available starting in November from any 45NRTH dealer.

Comments: I think this new Ragnarok Tall is interesting. I like all the tweaks, the taller cuff, and the boot looks much like something I'd want in a mild-weather Winter boot. That said, whenever you compromise on ease of entry/exit for the foot, you introduce more places for air/water leakage. I had a boot with a very similar overlapping Neoprene cuff and I did not really like it. The area where the hook and loop closure is causes a doubling up on materials, which I found a bit less comfortable than a single 'sock' style Neoprene layer, as with my Northwave Winter boot. Plus, those hook and loop panels often snag on wool socks and on Lycra tights, which is a bit fussy. Some folks with more abrupt ankle to calf transitions probably won't go with this anyway and opt for the regular Ragnarok boot. Finally, the "yellow and black attack" color scheme is perhaps a bit polarizing.

I'll probably pass on the Ragnarok Tall this time, mostly because I still am rocking the OG Ragnarok and I still have those Northwave boots which are really good. But when it comes time to move on from those, I'll likely look at these as a top choice for a Winter boot when the temperatures are above 20°F.

Yesterday Bontrager announced a new WaveCel helmet called the Circuit. I have a WaveCel Starvos helmet and it is the only helmet I have ever had that fit me 'right'. Typically I have to modify a helmet to get it to be comfortable for my head. But Bontrager announced last year that they were going to make their "XL" size a true XL and I was pleasantly surprised when I got the thing. It really is an XL!

For reference, my hat size is 7 7/8ths or 63cm, (approx), so pretty large. Most "XL" helmet sizes in the past went up to 60cm, maybe 62cm, and I am forced to find that extra space for my noggin when I used those other helmets in the past. Things like removing all the padding, and in some cases the Velcro patches that held the padding in as well. (Note- Now I see other companies doing bigger XL sizes as well, so Bontrager seems to not be alone in this)

Anyway, I loved that I was able to slap the Starvos on my head, with all the padding intact, and have extra space in case I wore a cap, or buff. Wow! That was a first for me. Now I have - through a snafu with Grannygear getting the wrong size to review - another WaveCel helmet. It fits great as well. Plus, it is a racier, lighter helmet with fancy-pants magnetic light mounts. Woo!

So, I'll be pitching in my two cents on the Circuit WaveCel soon and adding it to my Starvos as the only other helmet - ever - to fit me out of the box unmodified. (Standard Disclaimer in effect)

And A Thank You To: All who commented on Tuesday's post, thank you! I appreciate the support and thoughts expressed concerning my mother's death and I found those comments comforting and thought provoking. I am doing well and remain thankful for the good times, memories, and lessons passed on to me by my mother.

I just thought I should take a space here to mention how much I appreciated all the support and the time some of you took to comment, or reach out via messenger/email, or to leave a note on Facebook.

That is a wrap for this week! Stay tuned for more and thanks for reading Guitar Ted Productions.