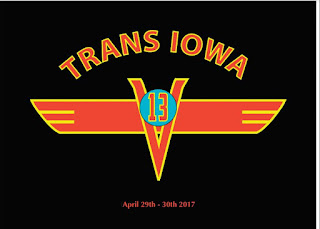 During the crazy final stage of the Trans Iowa v11 registration, I became aware that I needed to do something very different with how people were registered for Trans Iowa. The old free-for-all ways weren't going to work anymore, at least not for me. I was appalled by the lengths that people would go to get their name on the roster. I was disturbed by how people were angry with the way things went down because they could not get into a free-to-enter event with no real 'worldly' value to it. People were getting way too serious, and I needed a way to compensate for that.

Perhaps it reflected the way things were changing in regard to gravel events overall. By this time the Dirty Kanza 200 had a crazy online registry for its 2017 event which caused a lot of grumbling. This resulted in their going to a lottery to determine who got in and who did not for 2018. Gravel Worlds was growing in numbers steadily. The Almanzo 100 would get over a thousand entrants at around this time, and the Barry-Roubaix gravel event was getting more than that. Gravel events were popping up like dandelions in a Spring lawn. People were wanting to get into the scene. The 'old guard' events were plums to have ridden, so one could say they had done the big ones. Trans Iowa was somewhat insulated by the fact that it was perceived to be 'sooo hard' and that the event was daunting. People to this day tell me that they wished that they could have had it in them to pull the trigger on entering the event, but that they just couldn't despite the attraction.

But difficulty and reputation aside, there still were more people than I could handle wanting in. So, a lottery idea was attractive to me, but I saw some things that I had done previously that also needed addressing. I had been letting any veteran- a person that had actually started a Trans Iowa event - access to being on the roster. I used to automatically enter former winners. However; I understood that by the time that Trans Iowa v13 came around that there was a possibility that literally hundreds of veterans could swamp me with requests, via a lottery, to get in. I was piling up winners to the point that if they all showed up, as unlikely as that may seem, they could have taken up a significant portion of the 120 spots which was the hard limit. 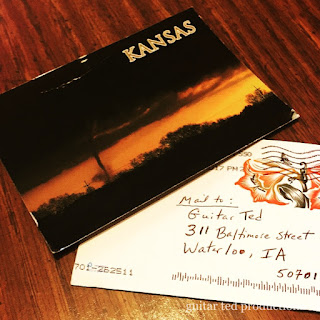 So, Trans Iowa v12 was done simply with only the Rookies having a lottery. The other classes were still done by having folks just send in a post card. But by T.I.v13, my thoughts concerning the numbers piling up, there were over 400 people who had done Trans Iowa by this point, forced me to make a decision. That was all based upon who was supporting Trans Iowa, and who had- seemingly- let that ship sail. I based this on participation.

I set up a list of folks who had obviously made Trans Iowa an annual pilgrimage not to be missed. (Here is a post , and another here, explaining this from back in the day) There weren't many of those folks, but they deserved to have as little a barrier to participation as possible. I also granted this to current winners. However; any Veteran or winner who hadn't done a Trans Iowa in six years was placed on an Inactive List. Those coming off that list had to go back in as rookies. This made sense to me because Trans Iowa had been changed and tweaked several times up until Trans Iowa v7-v8, so there was enough 'new' that old riders of the event wouldn't have a 100% familiarity with how I did things.

I guess in the end it really did not matter all that much, because for the last two Trans Iowa events I never had to instigate a lottery for veterans of the event. Only the Rookie class ever was in a lottery situation. The inactive list was only really effective in one, maybe two cases that I can remember. But the thing is, looking back, it is easy to say I never needed to go to all that trouble. At the time? Who knew?

Finally, I guess I thought, or part of me thought anyway, that Trans Iowa was going to keep on going so this needed to be dealt with. I mean, had I really understood that I had three Trans Iowa events left, and that was it, back in 2015? I may have never had done so much thought and work for that roster stuff. I mean, had I known, why bother, right?

Next: A Look At Sponsors