This new event will feature a hill climb event, a 100K, 200K, and a special tribute to Iowa cyclist Joe Mann dubbed "The Mann Powered 380". There will be solo and supported categories amongst other details which you can see at the Tour of Central Iowa website.

Good deal and this will figure highly into my planning for 2022 rides. I did not sign up for Gravel Worlds and this event is a LOT closer to home. Stay tuned......

Getting Everything Buttoned Up:

My biggest fear this time of the year is early snow that sticks and which shuts down reviewing of products. Typically I figure I am okay until Thanksgiving, but after that?

It could snow any day after Thanksgiving and when it does, that usually stops the country rides. Last year it waited until the second week of December to kick in, but you just never know with Winter.

Right now I have it laid out so that everything kind of culminates and comes to an end at the end of November, which isn't far away now! So, I have to get cracking with this job, but these chilly temperatures are not very inviting. It gets harder to get motivated and harder to get dressed up for the cold. But, I know what to do, how to do it, and I've been there before. I just have to, you know......do it!

I'm just about there and there is no stopping me now, unless ice comes, and then I'm stopping! No need to crash my brains out. But let's not get ahead of ourselves here. I still have open roads and time. So, I will just have to buckle up and git er dun! It is ironic because last year I didn't have so much stuff to get reviewed by this point in the year. This with all the supply chain issues! Weird!

SILCA seems to be on some sort of titanium kick of late. They recently offered an outlandish titanium Garmin mount which is 3-D printed. Now they are offering clipless pedal cleats made of that famous grey element.

But instead of seeming frivolous, a titanium clipless pedal cleat just might actually make sense. SILCA claims they last longer and weigh less. Here is what the webpage says:

"Cut the weight of your cleats in half while getting 4x the life expectancy. Brass cleats are soft and wear quickly, while 3D printed titanium is much harder and half the weight."

Even the fasteners are made of titanium. Yes- they are expensive, being more than three to four times the price of  typical Shimano cleats at $85.00 a pair. But, if you have to have all the 'latest and greatest' stuff, you have to have these. By the way, you can get these in Crank Brothers and TIME ATAC flavors as well.

Comments: Wow! And also, "Whoa! That's expensive! But maybe if I was burning through those brass TIME ATAC  cleats in a hurry, yeah...... Maybe then. But I am a Shimano pedal user, and I can get the cleats for those pedals for a LOT less money and they last as long as my shoes do. For myself, these Ti cleats are a tough sell. 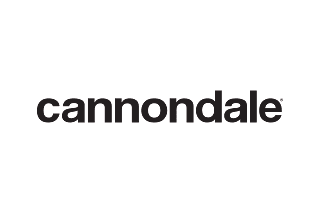 Speculation On What Effect PON Holding Company Will Have On NA Bike Market:

A recent think piece published on "Bicycle Retailer and Industry News" website authored by Rick Vosper delves into what the landscape for bicycle retail will look like going forward after PON Holding Company's purchase of Dorel's bicycle brands. The sale of the brands does not take effect until early next year, but all industry experts agree that PON will now represent the largest retail bicycle purveyor in the specialty retail sector when the sale does become completed.

In the article, Mr. Vosper speculates that PON will most likely be aggressively looking to buy up bicycle shops to help them gain a foothold in the market here as Cannondale currently sits a distant 4th from the leaders now which are Trek, Specialized, and Giant respectively. The thought being that PON would not have any issues buying up retail brick and mortar locations based upon their corporate history in high end automobile dealership takeovers.

However; it may be that brick and mortar shops will only play a small part in PON's bicycle business model. I saw no mention of any direct to consumer ideas, which would play right into where PON is sitting with regard to a lack of retail showrooms compared to the other top three marks in the industry. The new, big warehouse lease near the East coast port of Savannah is perfectly situated for not only the assembly of bikes, but as a warehouse to the Eastern half of the USA for D2C sales. All PON would need to do is augment that with a West Coast facility and the whole retail side could be a two-pronged affair instead of a cash intensive buy-out of existing brick and mortar.

But we shall see. This has a much bigger potential to disrupt the status quo than Canyon Bikes coming to the USA ever did.

That's a wrap for this week! Have a great weekend!

@KJ - Thank you for that information.

NOTE- See the update to the post for an explanation on the 24HRS of Cumming's existence.

No World gravel for next year, really. Been fun to follow your battle with that epic event.

@john - Thanks, but no.... The entry fee went way up, the event has fundamentally changed, and there is a new Iowa event which makes more sense to me. I'll likely be going there instead.

Things change, times change, and I need to change up things a bit too.