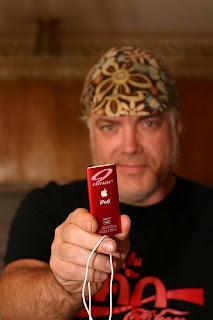 Moving on now to the last three months of 2008 I have much work to do. Lots of things will be going on here at Guitar Ted Laboratories and here are some of the things on the agenda.

Trans Iowa: There will be a lot going on here with Trans Iowa V5 in the coming months. I have been getting peppered with e-mails already concerning the registration process as well. read on for the latest.

Registration will not happen until around Thanksgiving! Don't even ask about getting in early. I am not ready yet to take any entries, even though your whole life may be revolving around this event and you say you will shrivel up and die if you do not get in. I appreciate all the interest, but there is a proper and orderly way that this works.

Post cards will be the operative way for you to get into the event. There will be information required of you in a very specific manner. Get the post card wrong and your entry will be thrown out. Secondly, Trans Iowa veterans will be allowed first crack at entry. Just like we did last year, we won't take any entries from folks new to the event until after a period of time goes by that will allow the past participants a chance at getting in. Whatever they do not fill up on the roster will be up for grabs afterwards to new blood.

Okay? More specifics will be announced in November on registration. Look for that then.

Other than that, recon will be undertaken of the whole course soon with any adjustments necessary in the weeks following. We should have a total mileage and time limitations set up before registration takes place in November.

Test Sleds: I should be getting a couple of new test bikes in for Twenty Nine Inches soon. So.....lots of riding will be taking place over the next few months, weather permitting. I sure hope we don't kick things off with an ice storm right off the bat like last year!

Typical Homeowner Stuff: And of course the domestic life means that winter preparations will be on the agenda. I've got some important work to do there to help keep the cold air out of the house and the heat bill somewhat under control. (Hopefully!)

Gravel Grinding?: Finally, I hope to throw down at least a couple long gravel rides before the snow flies. Who knows if the time will be there, but I can dream, can't I? Oh yeah.....before anybody hits the comment section: October 11th-12th, when there are at least two big events going on that I know of, maybe three.....well that's the weekend slated for T.I.V5 recon, so don't bother hitting me up on that. Sorry! But I have to get that done and I won't be putting that off for anything except inclement weather.

So that's my fill schedule in a loose sort of way. I'll be busy, but I knew that going in. Hopefully Fall will be peppered with tons of riding. That would be cool!