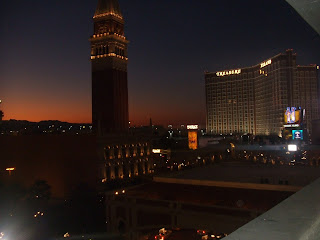 Okay it's official. Gary Fisher has declared Las Vegas a crap city. I can't say I would be persuaded to say otherwise, at least within a stones throw of the Strip. Actually, the rest of the city reminds me a whole lot of El Paso, Texas.

So, the "Big Press Conference" has happened where everything was announced that has already been leaked. Isn't that great?!! Well, what you won't probably find out is that Greg Le Mond was in the front row and pretty much made a spectacle of himself. Yeah, as in a horse's behind sort of way. Awesome!

So I caught up with the Twin Six guys and saw the new prototype wool jerseys. HOT! The rest of the line up, yeah.......typical high Twin Six quality there for sure. I can't wait to sport the 6 again next year.

Surly has some awesome stuff. An "Eleventh Anniversary Rat Ride" which is a 1 X 1 with 24" Large Marges shod with these huge-ginormous fatties for urban slaying and a great red paint with black decals. Hurry up kiddies! It's a limited edition rig.

Okay, so I gotta get back to chicken pickin' here. Later folks!
Posted by Guitar Ted at 12:05 PM