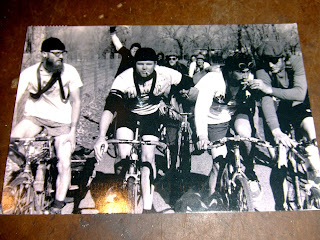 Well, Trans Iowa V6 is on to the next stage now. Registration is over, and now I have some course recon, details, and paperwork/e-mails to take care of. I just wanted to point out that there will appear to be more than 75 folks on the roster for awhile due to a couple of reasons. #1: I forgot to put a guy in that was one of the first to register, and #2: Volunteers from last T.I. are eligible no matter what as long as they let me know by November 30th. (One guy has taken me up on that with a rumored two more folks coming) 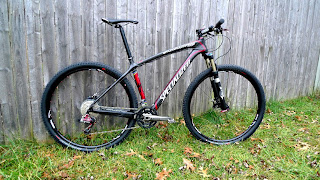 The Specialized Bicycle Company was kind enough to send out this stellar hardtail, a Stumpjumper HT Expert Carbon 29 model. It's a nice rig, and I'll be writing it up over on Twenty Nine Inches

So far I've only gotten a couple of rides on it, but if the weather holds out, I'll be sportin' it at the Turkey Burn at The Camp come Saturday. Hope to see a few of you locals out there. 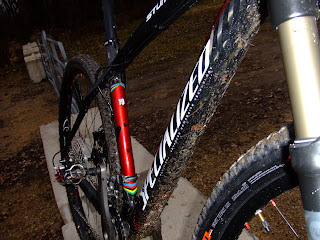 The trails should be okay by then if the rain that we are getting now stops tonight, and it shows every indication of that.

Oh yeah- I'll have another cool rig along with me at The Turkey Burn you won't want to miss. If one of these two rigs fits you, you might even get a demo ride. So, there is a carrot for ya if you were on the fence about coming to the Turkey Burn Saturday morning at Camp Ingawanis. 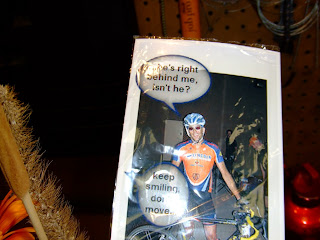 Well, I still want to show a few Trans Iowa entries over the next few days. Here's one I got Monday morning. It was waiting for me on my bench when I walked in the door. 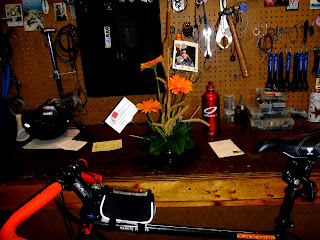 ........he sent flowers with his entry. Somebody was paying attention and knew I liked flowers. Especially wild ones, and that is what it reminded me of. Thanks Troy!