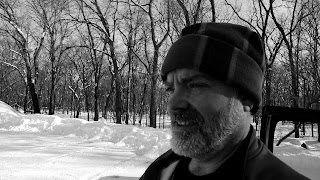 Today marks the end of my 49th trip around the sun. It's been a pretty cool ride so far. Sure.....there has been a few pitfalls, but all in all I am blessed, healthy, and pretty dang happy. It doesn't get much better than that on this Earth, ya know?

So, with that out of the way, let's get on to the latest in Trans Iowa V6 goings on, (and some past business!) I had two things come up Friday that were pretty momentous in regards to Trans Iowa over all. First- the T.I.V6 news! 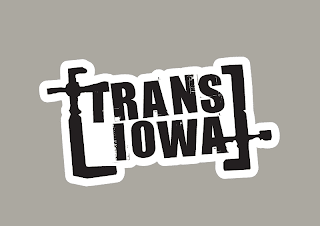 The Trans Iowa V6 Pre-Race Meat-Up: The venue for T.I.V6's pre-race meeting has been determined. I'd like to welcome The Grinnell Steakhouse as the host of our "Pre-Race Meat-Up" for the 2010 edition of T.I.

We'll be using their banquet room and it is plenty big enough to cover our group. There will be finer details on menu choice, costs, and other things coming, but here are a couple of points that you, the T.I.V6 participant, need to keep in mind.

The "Pre-Race Meat-Up" is a mandatory attendance portion of Trans Iowa. First, upon arrival at the Grinnell Steakhouse, you will be required to check in with me and let me know you are in attendance. I will mark your name off on the roster, and at the call up, you will only hear the names of those that checked in. If you don't check in, there will not be any cue sheets for you. Period. Be there! In fact- come early! Times will be released later.

You will get your pre-event pack with the all important first cue sheet set at this meeting on the call up. Any last minute changes will also be detailed at this event. You will then get the standard "be carefuls", and "do and don't" instructions from me. Then there will be a question and answer time allowed for. Of course, we would really like for you to support the business we have retained as our host and eat there. Cost will be determined, but two menu choices- one with meat, one vegetarian, is the goal for me to have provided for you. There will also be drinks available of the alcoholic variety. Again, details will be coming later. Stay tuned!

The Renegade Sportsman: Back before T.I.V3 started, I was contacted by Zach Dundas who wanted some information about this crazy cycling event he had heard about while in Portland, Oregon. Portland is home to T.I.V1 and the eventual T.I.V3 winner, Ira Ryan, so word had spread around the cycling community there about his exploits, which somehow reached Zach's ear. Well, e-mails were exchanged and before I knew it, Zach had a plane ticket and a rental car and was coming along to shadow T.I.V3 as part of the research he was doing for a book. The book, a tome that was to be about the underground, DIY type sporting events around the nation, was not going to be published right away, and T.I.V3 might not even make the cut. So it was that after the event I patiently awaited word that the book was out. Well, I just got word.....

Zach e-mailed me to let me know that the "Renegade Sportsman" is due out in June in paperback and can be pre-ordered now. (Click the link) Zach also assured me that T.I. was in the book by writing me the following:

"The TransIowa provides one of the true centerpieces of the book. (Can there be more than one centerpiece?) The chapter about the TI is epic in length and, I hope, interest, and contains such memorable characters as Ira Ryan, Tim Ek, Team Polska and yourself. The whole book is about the glory of DIY, independent sport, and I believe I make it clear that the TransIowa is one of the greatest such events on the planet."

So, get your copy pre-ordered. It's pretty cool that something like a gravel road event gets this kind of exposure. At least your grand kids will have some extant proof beyond your fazed memories that something like Trans Iowa actually happened and that you were part of it!

Lastly, I recall talking to Zach near the end of T.I.V3 and he was telling me that the book wouldn't probably be out until 2009 or so. I remember my immediate thought was that Trans Iowa may very well not even exist by that time. I think I even uttered something to this effect to Zach, who, as I recall, sort of brushed that off and said that he was sure T.I. would be plugging along just fine. He thought rather that it would be his efforts in regards to the book that would be forgotten by then. Well, I hope neither is the case now. (And in fact, it won't be)

I hope you all find this as exciting as I do.
Posted by Guitar Ted at 1:00 AM