I've mentioned here before how Trek and Specialized are out buying up key retailers in bigger markets to solidify a place in those retail areas for their products. But those are not the only kinds of mergers and buy-outs which are going to affect your cycling experiences in 2022 and beyond.

While news broke recently that Trek just recently took over an East Coast retailer, I also saw a post on social media which prompted me to read a little further on the subject and reflect on what I have seen personally. I had known this intrinsically, but the post brought this out into words which better expressed my feelings. Essentially, we are going to see - and are already seeing - a big move to make 'choices' go away in local bike shops.

This will have deleterious effects upon your buying experiences as a consumer. No longer will you find any hint of clear, unbiased opinion on parts, accessories, and bicycles. Now you will only get 'The Company Line®" espoused to you by trained "sales associates" who have managers crawling down their backs to make quotas. (I'm not making this up- it is actually happening) Consumers used to think the local bike shop was trying to "pull one over" on them? Corporate themed bike shops are saying, "Hold my beer....".

Now- I know not all bike shop employees, owners, and retail experiences were good. I get that, But these big-brand buy-outs of cornerstone retail bike shops is going to point out that there used to be a LOT of good shops, and now there are going to be a LOT less of them.

I found a pretty interesting article about this from another source written by Matt Stoller HERE.

And that ain't all. Nope! Your media is falling under the same, big-corporate think blanket. Titles and media folk who used to be independent and free to editorialize in the way they saw fit are now becoming subsidiaries of bigger media empires. (Think what happened to newspapers)  And many don't even print a physical magazine anymore. But the bigger issue is who is overseeing what you are reading, and to whom are they beholden? Check those companies out folks. You'd be surprised who all is actually on "the same team" and not what you might think they were/are anymore. 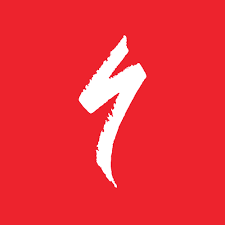 In a surprise announcement yesterday, Specialized Bicycles announced consumer direct sales would be an option beginning next week. People visiting the website could choose to either pick up a bike at a dealer, have the dealer deliver the bike in a "white glove, concierge type service", or have a mostly-assembled bike delivered to their door. The consumer direct scheme excludes e-bikes.

Reportedly dealers were made aware of this move last week in a conference call with Specialized headquarters.

Comments: This is a very big deal. Specialized is widely held to be one of the top four brands in the US market along with Trek, Giant, and Cannondale. Specialized was, by some analysts measure, caught a bit off-guard by Trek's aggressive retail outlet buy-ups over the past several years. This culminated with the Mike's Bikes buyout by Trek, (PON Holding Company bought Mike's Bikes- NOT Trek. Thanks to commenter "sasha" for the catch.)  which was one of NorCals biggest Specialized dealers. Specialized was left without any retailers in a keystone market after they pulled support and sales from Mike's Bikes as a result of the Trek takeover.

Obviously Specialized, who has bought up some retail brick and mortar stores, saw that they were not going to out-gun Trek in a showdown of who could buy up the most retail outlets. So, this is a shot across the bow of Trek, who have repeatedly stated that they would support dealers by disallowing D2C sales.

Now I anticipate other, especially second tier brands, to follow suit here. The band-aid has been ripped off by Specialized and I see no going back on this move. It remains to be seen what- if anything- Trek will do, but now it would appear that we are in for big changes in bicycle retail and I think Specialized's move is going to kick this off going forward. Especially if the move is seen as having some success.

But we'll see. It certainly will be interesting to see how the market reacts to this big change.

Tuesday of this week saw Moots introducing a new titanium (of course) Routt ESC bicycle. It is a drop bar bike for 700c wheels and has clearances for up to 2.4" tires.

The bike features a big main triangle, presumably to handle large frame bags, and several braze on points for water bottles and packs. The Routt ESC uniquely is sold with a titanium fork as well.

This new model will be sold as a complete featuring either an ENVE/SRAM AXS spec or what Moots is calling a "Neo Retro Kit" which features a 12 speed MicroShift/White Industries/XT mix and bar end shifters topped off by a classic Brooks B-17 saddle. (Note the image shows the Neo Retro spec)

Both models will have the same frame/fork which has Boost spacing, a 73mm threaded bottom bracket, and five bottle mount points. The bikes come with titanium King cages included in the price.

Prices are set at from $12,000.00 for the SRAM AXS equipped model and from $9,769.00 for the Neo Retro Kit. Final prices will be determined by finish choices made by the consumer which include frame treatment/color schemes and a few other small details.

Comments: There were two things that struck me concerning this introduction. One was that this is a great Ti Fargo alternative with a very unusual titanium fork. The frame spec is cool, and it is NOT suspension corrected. See how that radically alters the look of the bike? Personally, I have to say that I have found it rather strange that Salsa Cycles has doggedly stuck to their suspension corrected format for the Fargo. I like this Moots take on the "Fargo style" much better. But I will add that not having a single-speed bail-out option seems like a bit of an oversight.  Especially for a bike which is obviously aimed at the off-road bikepacker.

Second was the spec and the overall pricing. Look at that "Neo Retro" version. A MicroShift bar end bike for nearly 10G's? Whooo! Moots are traditionally very expensive bikes, so I get that, but is this a reflection of the times and the future? I think it is. Considering the fact that the Neo spec has a LOT of US sourced parts, (White Industries hubs, crank, Velocity rims) and off-center spec (Velo Orange Daija Far Bar, Brooks saddle, MicroShift) and it becomes plainer to see that certain items are hard to source yet. (At least in quantities large enough for a small run of a model)

Oh.....and this model range is insanely expensive. There- I said it.

Tuesday news broke on a new Iowa-Illinois gravel series based mostly around the Southeastern area of Iowa. The four event series is being put on by a new organization dubbed "Fitwave Gravel".

Boasting a series "open to all" and eschewing any hints of elitism and claiming "grassroots" philosophies of self-improvement via suffering, this series will spread its event dates across Spring and Fall dates. Hit the link above for the details.

Comments: Another series of events in Iowa. I like it, but why did it take over a decade plus for this to take root in Iowa? We used to joke as teenagers and twenty-somethings that trends typically caught on at the coasts of the USA and "soaked into the middle of the country". By the time something finally caught on in Iowa it was passe' everywhere else. While gravel events did not necessarily start on each coastline of North America and creep toward the middle, I can say that gravel events caught on in a BIG way in every state around us but not in Iowa.

But whatever. It is now and that's something I've expected for years. I was asked to spread the news about this new series. Consider it spread. Now we'll see how folks respond.

That's a wrap on the week. Stay warm and try to get out if you can!

Looking at the Moots Routt ESC now reminds me of my 17 year old self looking at a Countach, hopelessly out of reach. If you're financially blessed enough to buy one I say go for it. It's a damned handsome piece. From what I read the fork is made for Moots by Bearclaw and is the same one available on Bearclaw"s Thunderhawk and Beaux Jaxson models. For working stiffs like my self I think you would be better off to buy one of the Bearclaw framesets and build to your liking. If I recall they run around $2800. I'm sure I build something good for a lot less than 12 Grand.

I think that pretty much encapsulates what 95%+ of the people who see that bike think. But, if you just have to have a Moots, well then....

I think Mikes Bikes has been sold to PON, not Trek.

My counter arguement to your Specialized theory is Santa Cruz and Otso going the opposite direction. Yes you can still do direct to consumer with them. But they have intentionally gone into LBS. I think we are seeing a market rebalance, not market collapse. I have felt for a few years, that bike shops as you know it at numbered. I think you need more shops like Angry Catfish in MSP. The bike shop is the side hustle with passion but the business has a another income stream.