"Who Was First?" Is Not What A Hall of Fame Is About 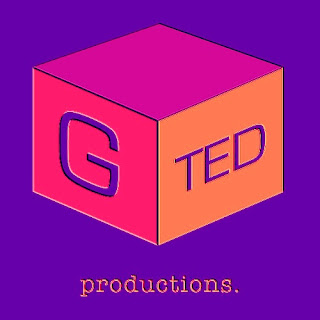 "Who Was First?" Is Not What A Hall of Fame Is About- And Other Things The GCHoF is Not About:

Over the past week I've been paying attention to all the reactions to the announcement of the Gravel Cycling Hall of Fame. The range of opinions is staggering, for such a minor part of activity in the world. In some cases, the opinions are supportive, in others the opinions expressed are just downright wrong. It is the latter of the reaction types that I wanted to address today, because I think a lot of people have the wrong idea about what this hall is about. In my opinion.

I could refer you to the "Gravel Guru" interview (again) with GCHoF founder LeLan Dains, but most of what I am going to cover today is more about the ridiculous takes I've seen on this GCHoF thing. First and foremost of those is that participation in an activity does not make for HoF worthiness.

Seems kind of obvious, and I'm being blunt and seemingly exclusionary to make a point. That is, we either have things, (events, people, innovations) worthy of being set aside as being important to a particular activity, or genre, or generation, or we have a grey area in those terms, or we don't have anything worthwhile to hold up as being worthy of recognition. Pick any one. I think most would agree that any 'hall of fame' exists to point out 'worthiness' in some way. That may smack you of being unkind, unfair, pretentious, or self-serving, but if we don't have anything worth celebrating then I'm not going to participate in that world. I don't believe in that sort of thing. And people saying things like, "Well, I was riding on gravel on my 1970's road bike in the 80's. Do I get into the Hall of Fame?", well- that's ridiculous. That's a nonsense statement.

What About The Past? So, with that out of the way, here's another big misconception: "Hey, 'So-And-So" was riding on gravel way before gravel grinding was a thing- That guy was a really great cyclist. He should be in the Hall of Fame if there is one!" Related to my first point, in many ways, but different in that the premise is that anything that happened on gravel before....well recently, I guess- no one states a date....is something that automatically sets that person, or event, or whatever, as "hall worthy".

First of all, this Hall of Fame isn't set out to find out 'who did what first', and that's straight from the GCHoF folks. So, what is it for? Again- it isn't for finding out who did something first in events, or riding, or racing on gravel. Although older gravel events should be considered and maybe some personalities involved in those events could be considered. But using common sense, we have to look at anything put into this hall of fame from a lens of how that person/event/race affected where we are at with Gravel riding and racing today. In other words- Was it something indispensable to getting us where we are now? That's the kind of question the GCHoF people have to weigh any nomination by, in my opinion.

Lot's of stuff happened out on gravel roads pre-2000's.Now- there is a debate to be had there, and I'm open to considering points of view which are considered and well thought out. Not all of those things should be considered for the HoF of gravel cycling. Some things? Yes. Like Specialized Rockhopper bikes with drop bars? Uh.....not so much. The Flint Hills Death Ride? Yeah.....let's look at that. Bruce Gordon? Uh......that's tough to connect the dots there, but maybe..... (I'd say Gordon had a much larger influence on 29"er MTB evolution.)  That's for the GCHoF to wade through. But again - I would submit that while many things did happen pre-2000's, not many of those people/events/races had any affect at all on modern day gravel.

But as you can see, it is going to be something that will take 'making the cut' in terms of historical importance for anything to be considered GCHoF worthy. That it simply happened or existed? Not so much.

What About Current Gravel Stuff? Another thing that is in the 'grey area' of gravel right now is current events and personalities. I think about racers coming to gravel from the road scene, or events created off the back of grassroots gravel, or from the major successes of previous gravel events. Maybe someday those events/racers/innovations/personalities are so influential that Hall of Fame recognition makes sense. But anything post-2015? Yeah.......I'd have a hard time with anything there being in a current GCHoF. It would have had to have been so noteworthy that with its absence it would have hindered the gravel scene. Then yes- that's GCHoF worthy, in my opinion. Name something post-2015 that you think fits that bill. I think you'll have a difficult time finding anything there. (Note- I did not write 'impossible to find')

And the 2015 date is completely my arbitrary choice. It isn't a GCHoF thing, (that I am aware of) although I think they would be wise to look at things that way.

What About The Timing Of This Hall's Existence? To those who think a GCHoF is happening "too soon"- Well, the MTB hall of fame was set up in 1988, around a decade past the appearance of the modern day MTB. (And you should and can make some very good parallels to what the GCHoF should be in light of the MTB HoF) So- No. Not "too soon" at all.

And If You Just Don't Like It:  Again- in full disclosure I have been nominated to possibly be in this HOF for gravel, so if I am 'biased' in your view by that then maybe none of my opinions are valid to you. Fine. I leave you with this quote I found on Twitter recently: "It's (The Gravel Cycling Hall of Fame in this case) the most easily mutable thing. Just mute it, stop yukking other people's yums and move on."

Why waste your energy in negativity if it isn't something you think is worthwhile, or is ridiculous, or whatever? Well.......unless you like being a negative person. I suppose there is that.......

Serious take on any HoF. I think any HoF should document history as unbiased it can be done. But more importantly acknowledge those who contributed to the growth of the sport. It should not be a marketing gimmick (not saying this is). The real question I have is when does the history of gravel start? Because honestly it is the OG bike riding format, so do we start in Germany with the draisine? That is not my call, but as a historian, that is a good starting place. But I would also encourage the GCHoF to go tour the glass museum in Corning NY to see a friendly education museum. Down the road from there is Stans tubeless, so it would be worth wild to go.

@N.Y. Roll - Well, that is the salient question here, isn't it? When does the "history" start? I think the GCHoF folks are keen on making it known that they are interested in the "how" and "why" the gravel scene got so big and where did that history start?

That's my point- NOT everything that happened on gravel is integral to where the Industry/Recreational/Sporting aspects of "gravel" as a category is at now. The German, (and any early bicycle-like attempts at riding wheels) were- by default- on unpaved roads. So- does that make that development integral to the "Gravel Scene" or is it really just "How The Bicycle Developed" in terms of history?

I would argue that it is the latter which is far more impactful. It obvious that bicycles had to come from somewhere, Without the bicycle, there would be no "Gravel Scene" as it stands today. Obviously when bicycles were developed, there were essentially no paved roads. (There were some, but those were rare) That is an assumption that I think any bicycle "HoF" makes. But back to the earlier bicycle days- That there weren't paved roads then does not mean that any early cycling activities were a genesis for the "Gravel Scene" today. We could have abandoned gravel/dirt roads as cyclists altogether by now- BUT.....

We didn't. Why not? Now- answer that, and the other questions that come along with that, and you're a LOT closer to what the GCHoF is about.