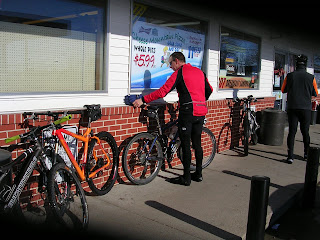 The day was great! I first want to appologize for not having any riding pictures. I am not licensed yet to handle expensive digital cameras in one hand while riding a bike with the other. Fortunately, Mr 24 is. Check out his report for that side of things. I didn't bust out my camera until the halfway point at Parkersburg. Here's Super Saul and Buchanandale getting ready to raid the shelves inside. 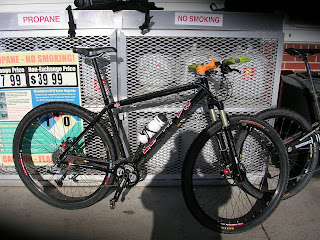 Here's the steed I rode. The Raleigh XXIX+G. (A bit modified, I might add) All 30lbs of her! It rode really well, but I've got a nasty klunk in the bottom bracket already. Grrrr! Outboard bearing technology isn't winning me over! 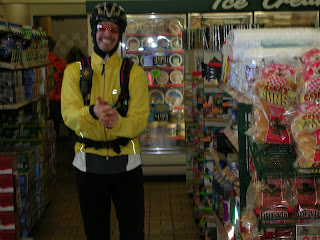 Casey letting us know that his Mom always told him to wash his hands after using the potty. Good on ya, mate! 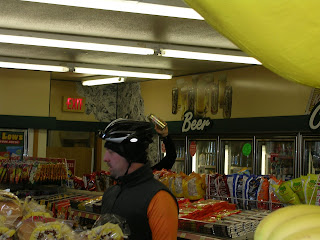 Mr. 24 is a cheater! Ya gotta be quick to catch him though. Here I am using Buchanandale as a screen to catch Mr. 24 as he attempts to shotgun a Miller High Life tallboy! So, that's his secret carbohydrate replacement fluid, ehh? 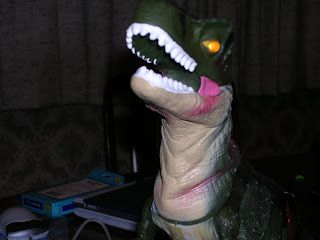 After the ride, I had this monster raging inside of my gut! It wanted food.......NOW! I was bonking as we came back into town, so a nice big home cooked meal was in order. Mrs. G-Ted was happy to oblige and now I have this monster under control once again.

The ride was fun, but having a head cold and going out for a five hour ride was probably not the greatest thing to do. Especially since the last five plus hour ride I did was back...........way back in..........uhh, I forgot! It was a long time ago!

As it turned out, I am doing just fine now, as I said, after eating. So that's not an issue. Hopefully I didn't put off my getting over this cold a little longer! The pace was easy, the resistance was pretty high with the crunchy snow/ice early and the soft gravel later. My legs got a heck of a work out!

It was a great day for a ride and it was a fun way to start the year!