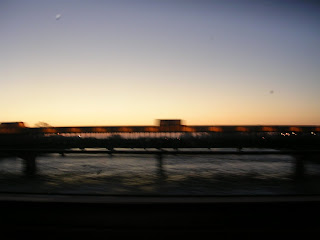 As promised, I had a few photographs for your approval. As most of these recon missions go. I have to be up and at 'em before dawn.

At least I didn't have to drive 5 hours to get to the starting point! 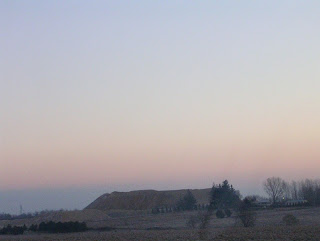 (actually no, it's the geode, but I thought I'd throw that one at ya!)

This pile of chunky goodness is over 100ft tall. Just waiting to get spread all over Iowa's backroads! 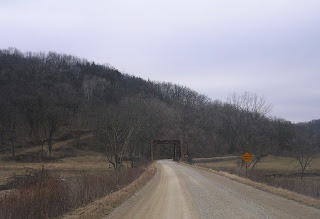 The cool thing is that most of these come after a long descent and right before a big climb. Kinda funny how that works out, isn't it? 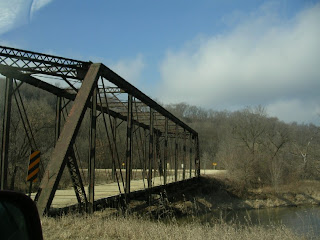 Another one. Interesting off camber entrance and exit facias on this one.


Nice 90 degree entrance and exit to this one, as well. 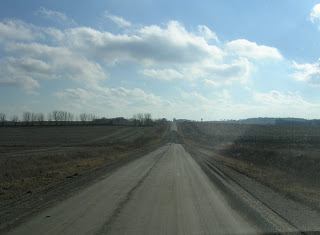 Okay, the road maintenance crews are already busy patching up the deteriorating gravel roads. As you can see in the foreground, there is basically no gravel! It's all just fine, hardened limestone goo. Pretty cool if it's dry, and fast, fast, fast! But cars, trucks, and tractors don't get along too well if it gets rained or snowed on. Big gooey mess! So, if you look closely at what might appear to be a shadow up the road, you can see the new gravel patch on the downhill side of the road. These "patches" are temporary fixes. They were about an inch to two inches of marbley, chunky, grayish gravel. Some roads had been fully maintenanced with all new gravel. Some downhills, like the really big, steep, fast ones, had patches on them that'll make even mountain bike tires slide out. Scary stuff!
Posted by Guitar Ted at 9:25 PM