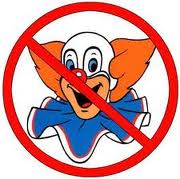 That Deal With That "One Guy" On That Famous Lady's Show....

You may have noticed that the lack of commentary on what happened with a certain cyclist, ("He Who Shall Not Be Named") , has been missing from this blog for a while. You may wonder what I think about the media event that occurred last night. Well, I am not going to say a word about it. But, I do have something to point you to that I found well considered and thoughtful on the subject.

The commentary is from former frame builder and musician, Dave Moulton. His take on the situation is something that hits close to my heart and feelings on the matter, so if you wonder what I think, this is a pretty close representation of what I think right here.

What I found that was particularly of interest to me was Dave's description of riding in "The Bunch" and how the culture of cycling was something a universe away from what he found here in the U.S., and obviously light years different than the world of Pro Cycling on the road over the course of the past couple of decades.

In many ways, I would like to believe that gravel racing today is what Mr. Moulton would find reminiscent of his formative days riding in Britain. Riders looking out for one another, camaraderie, and fun with a healthy dose of adventure. Maybe I am a hopeless romantic, but that's what I love about the gravel racers I know well.

Another Old Friend Comes To Visit:

My first bike shop job was at a place in Cedar Falls, Iowa called Advantage Cyclery. Well, actually I worked at their satellite store on College Hill called Campus Cyclery first, but that's another detail.... The thing is, I worked at Advantage for three years before the shop went out of business.

Shortly before that happened, I was pretty much alone there most days. My boss had kind of disappeared in the sense that he never was there during store hours, or if he did come in, he was sequestered in his office down in the basement and I never saw him. I say all of that to put the following into perspective.

My boss bought about 30 small, medium, and large Bianchi Boardwalk hybrids that were already 2 years old. Yes- he got a screaming deal on them, because Bianchi, who perennially had old stock in their warehouses, years old, would jump at the chance to ship out bikes for pennies on the dollar  just to get rid of them.   By the way- this rarely happens anymore, so don't get any ideas out there!

Anyway, these bikes were steel, well spec'ed with complete Alivio groups, but were all Men's models in Bianchi's flagship color, Celeste. Not yer most manly of colors, and perhaps why these were languishing in the warehouse for so long. The normal retail on these was something around $700.00, but we were selling them for $399.99, or something crazy like that. It was a great deal, as I recall.

I assembled every one of the 30 or so bikes, and displayed every one of them in a giant row in the middle of the store. (I was pretty much free to do as I pleased in the store by this point.) I also sold every single one of those bikes, most to men. I don't mean to brag, but I was rather proud of that feat.

So I see one come back every once in awhile these days, some 18 years past the time I sold them. It's good to see them still being ridden and taken care of. This particular one was a medium and besides some rusty chain and handle bars, was in great condition. Good to see an old friend.....

Hey, you may not be in T.I.V9, or even any other gravel event, but these gravel events are getting more and more popular all the time. If you've ever wondered what level of geekery it takes to do something like 300 plus miles of Iowa gravel in one sitting, you should check out my buddy Ari's post here.

It is an open letter to trans Iowa Rookies, but anyone can certainly learn a thing or three from this. If nothing else, you get the sense of dedication and passion for gravel road riding and for Trans Iowa in particular.

So, thanks Ari! I really appreciate those thoughts, and I trust your info will help a lot of folks out there.