So, Just What Does "Self Supported" Mean?

Recently many different things have come together that have me thinking hard again about what "self supported" means and maybe if that term is really not a good thing to use these days. Tour Divide is happening yet, and finisher Mike Johnson stopped by yesterday to chat and shared a few stories. Then I read a bit on Facebook about Tour Divide from Jay Petervary, which had a lot of thoughtful commentary from several folks. This all pointed back to the recent Odin's Revenge event where the term "self supported" was talked about quite a bit and the discussion led to how that term gets interpreted for that event.

Of course, I have a big interest in the term as well, being that I have fashioned Trans Iowa in the mantle of "self support" since the beginnings of that event. But what is "self support" and can you really give that term a "hard and fast" meaning for every event and individual?

You know what? I am going to say that there is no "hard and fast" rule, definition, or way to interpret this term for everyone. There are reasons to strive for an ideal the term stands for, yes. I agree with this. But in reality, I feel "self supported" is more like reaching different levels, like trying to get to "Nirvana" or getting good karma, than it is a "law" given that is broken or adhered to. It's more of a "cloud of ideas" than it is a point on the horizon. That's my feeling, anyway. 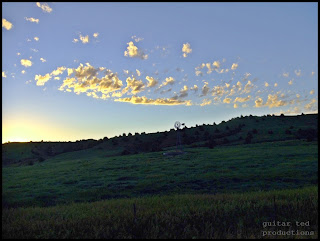 For many, a "self supported" event is a "monk-like" existence, surviving merely by one's own wits, spur of the moment choices, previous experiences, and self-learned preparation. No contact with other humans, no "social media", and no assistance from anyone. Purely solo. For others, "self supported" means that you take care of yourself, but you may be with others, you may even receive things from others in the same event, or that you have opportunities to resupply from outside sources. For some "self supported" may mean that there are sections where you are on your own, but that there are "oasis" stops where services and support people are allowed. Different levels, different definitions.

Then there is the whole "contact with the outside world" aspect. In the way of thinking that some folks into the "self supported" style of racing goes, you may not even have access to a phone. No SPOT tracking, no spectators, no influences from others in the same event even. Obviously there are different aspects to this thought as well. I know from my own personal standpoint, I try to minimize this in Trans Iowa, but you'll hear how some racers will say that they needed that other rider to be with them to finish. Others end up riding large chunks of Trans Iowa alone. Again- not everyone is the same. I'm sure we all can be "stretched" in this area, but we're also not all "wired" the same way either. Someone's deprivation from "outside influences" may look totally different than yours. Some folks can be totally alone in a crowd. Go figure. 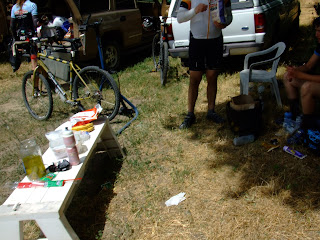 Then there are circumstances for some event promoters that lead them to make decisions that, while not looking like "self supported" friendly acts, are prudent and right for their particular event. Take Odin's, for example. There were no pass through towns on the South loop, no convenience stores, nothing. So, the event supplied water, food, and shade from the sun at two stops in that big, almost 100 mile loop.

Is that wrong, or a smart thing to do for the riders so that the event is safe and still very challenging? That's a tough question if you are the one putting on the event. It's easy to dismiss or comment on from the comforts of home. Maybe only those that have "been there" can really know......

There are so many facets to this term- self supported- that it can get bewildering. The good thing about it all is that there are several intrepid souls that are seeking the answers and either putting on these events or participating in them- or both. There are varying degrees of these events, and it is quite likely that they should be looked at as "stepping stones" to wherever it is right and good for any particular individual to get "stretched" even more.

The mere fact that these events exist in their varying forms is another testament to how "self support" is defined in so many different ways.  Pick yer poison, then go have some fun.
Posted by Guitar Ted at 1:30 AM