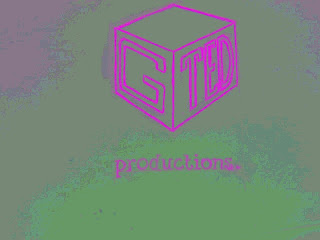 Well, it is coming whether you like it or not. 2008 is almost upon us and with that said, here is how I see things going into the new year for this blog and for Guitar Ted Productions.

Much like the image I have posted today, things will be a bit vague at first, but will be coming into focus as the first few months of 2008 unfold. There will be some changes going on and I want to undertake the coming actions with the greatest care and consideration.

The crux of what will happen is all balanced upon what is about to happen concerning my gig at Twenty Nine Inches. As many of you may know, Twenty Nine Inches is part of the Crooked Cog Network that is basically a bunch of cycling sites started by Tim Grahl. I started writing for Twenty Nine Inches back in 2006 and I was basically just contributing here and there. Tim liked what he saw, (well......read I guess!) and decided to start paying me a bit. Well, that "bit" is about to become a "bit more" and will be a really important part of my life moving forward. Obviously, when you get more money there is more responsibilities involved, so I have been ramping up my involvement in Twenty Nine Inches over the past year to get ready for this coming year.

It has been tough, basically doing two almost full time jobs. So, with the coming year I am going to strike a new balance in terms of the responsibilities I have that will allow me to do a better job at being a husband and father first, and to take care of my duties with my biggest financial supporter second. That will mean I will most likely be cutting back on time at my secondary job, the bike shop, so I can do more of what needs to be done with Crooked Cog during the day instead of late at night. Money is one thing, but not at the sacrifice of my family.

This will also mean that I will be able to look at more cycling opportunities which I am really excited about. Of course I'll be investing much of that time in testing stuff for Twenty Nine Inches, but that doesn't mean I can't integrate that with the "where" I ride and the "purposes" of the ride. Look for more ride reports here and probably a race report or two.

Have a great weekend, and ride your bike indoors or out!