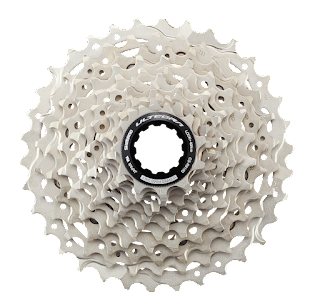 On Tuesday Shimano unloaded the news on the cycling world that they were coming with all electronic 12 speed, semi-wireless road groups. They showcased the new Dura-Ace and Ultegra groups simultaneously, something that the big component company had not ever done before. Typically we had to wait another year after a Dura-Ace group was revealed to see the Ultegra version. Also, Shimano introduced a new Ultegra carbon wheel set, another unprecedented move on their part.

So what? Roadie, blah-blah-blah! All I care about is gravel travel anymore, right? Well, it is no secret that gravel componentry is highly derived from road bike ideas, and so this move by Shimano bears - in my opinion - more scrutiny.

And scrutiny and speculation is what I gave it here on Riding Gravel. You can go read my thoughts about the whiz-bang, electronical wizardry over there. I will only speak to more of my personal take on things here in this post.

I will say up front that I am much more inclined to be a Shimano user than I would be a SRAM user on gravel. Shimano GRX just makes more sense to me, looks far better, and it plain works. SRAM works as well, but in my opinion it is clunky, slower, and SRAM is not known for their brakes, which I loathe as a mechanic. Plus they use DOT brake fluid. Yuck! I haven't been very fond of that stuff since my days of doing brakes on cars.

My take on the new stuff and 12 speed: I like that Shimano adds a gear not to increase the gearing range. This is all about efficiency for the rider and smaller increments between gears in the cassette are easier on the rider. This is in direct opposition to most of what SRAM markets in terms of gearing. SRAM is all about percent of range. Big deal! That huge four (and sometimes more) tooth jump in between the lower gears is not my cup of tea. Shimano packs in another gear to lessen jumps between gears. That's smarter for the rider. 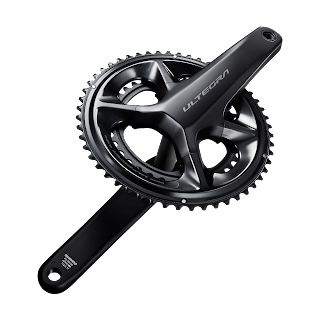 Shimano still believes in 2X and front derailleurs. Look.....bike riding is a skill. It requires one to think. If that is too bothersome, than 1X is all about you. Go for that. But when you set up a good 2X crank set gearing with a close ratio cassette, the result in performance and feel is unrivaled.

NOTE: It must also be stated that SRAM probably doesn't want to develop a new front derailleur because Shimano has all the good ideas for that locked up under patents. So, I give SRAM a bit of a hall pass in light of that.

There is only one thing here that bugs me. Triple crank sets seem to have gone the way of the dinosaur. To make up for that, Shimano- and others - have a huge differential between crank ring sizes. On GRX it can be a 17T difference between the big ring and the inner ring. Egads! Talk about 'cadence shock'. You find yourself backing off or going forward on the cassette three gears every time you shift the front? No wonder people hate 2X!

I personally love my CX non-series Shimano 11 speed crank set on my Black Mountain Cycles MCD. It is the 'traditional' 46/36 crank set gearing. It's perfect. You are in the big ring, let's say, and you hit a hill. Down shift once, twice on the cassette. The next shift is the front ring- down to the 36. It's perfect every time. Coming back down a hill, same thing, or very often I just pop into the big ring right away and start shifting the rear end accordingly. But what if I had that 17T differential up front? I'd be all over the place shifting both sides.

And that is why I may never buy a GRX crank set. Not unless they tighten up that differential between the rings. And you are probably sitting there thinking- "Well, that's what 1X is for!", and I get why you think that. But the fact remains that 1X encourages terribly inefficient chain lines to accommodate a wide gear range which you do have with 2X, but only with this ridiculous chain ring differential which came about because of the fact that triples are dead. See? The lack of a triple crank has led us down this crazy road to ruin.

1X has its place, for sure. Fat bikes, MTB's where full suspension designs supplant where a front derailleur could be mounted are a couple of good reasons for 1X. But where efficiency for the rider is paramount, (read- most cycling), the front derailleur is a critical piece of that drive train which can render the best results. Keep the chain as straight as possible! That's the goal. And SRAM doesn't seem all that interested- or capable for whatever reasons (See above) - to bring front derailleur shifting to gravel. 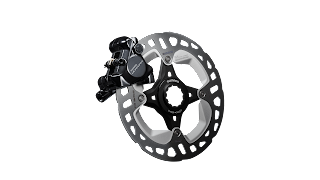 Brakes.... uggh. I hate talking about SRAM brakes because of their years of 'fail' in terms of consistency and innovations. Shimano, on the other hand, is responsible for tangible advancements in braking technology. They are responsible for IceTech, Center Lock mounted rotors, brakes with bleeding procedures that aren't overly complicated, and now with the newest Dura-Ace and Ultegra, a new pad-to-rotor distance and lever throw that should promote quieter, drag-free brakes and more modulation with excellent power. SRAM is definitely off the back in terms of brakes for drop bars.

So, I feel that there is a lot to look forward to with the new Dura-Ace/Ultegra advancements. Sure- Shimano could still screw things up with certain details. But we will have to wait and see what a new generation of GRX might be like. I'll be honest- if the new GRX is electronic only, that would be a big disappointment. Not that Di2 is bad, not at all, but it is very expensive. It is the cost I would regret to see, not how it works. Shimano is capable of outstanding performance from a mechanically shifted drive train, and I sure hope that they keep something mechanical for the gravel set when a new GRX comes out that will help keep costs down.

With all of the disruptions caused by COVID and other influences on the market being negative, who knows when we could see a new GRX. It might be a few years, but I sure hope that is not the case. GRX came out in 2019, and by 2024, it would be pretty long in the tooth. I predict we will see something in a year, maybe less. But that is just a guess.

GT, I read somewhere, that the new Dura-Ace cassettes were backwards compatible. The 12 speed cassettes could be used on HG freewheels. Did you see that too? My brain wonders that if they do this to the MTB cassettes, then I could use my old HG wheels. I know, I can dream! Ha!
Just my thoughts...

@S Sprague - Yes, that is also how I understood it will work.