Sunday was an odd day. The skies couldn't decide if they wanted to be overcast or partly cloudy and the air was stuck in between some form of warm, humid feeling stuff but with hints of a Northerly breeze that spoke of cooler air. The angle of the Sun is giving that late-in-the-year feeling again, and the land is in that space between growth and death. Slowly turning brown, but passing from pale greens and yellows into rich hues of gold, brown, and umber in between.

Farmers were cruising the gravel roads in pick-up trucks- real working man's pick-ups, mind you - Looking anxiously at their crops which are needing to dry down more before the farmers get the big harvesting machines out and the roads become choked with semi-tractor trailers and the monstrosities of agricultural machinery.

Meanwhile, the 'neeker-breekers' and chirping-buzzing insects are all that you hear out here in the country. The birds have largely vacated the area now. Oh sure- some small flocks were seen flitting in their choreographed flights from wires to fences, and a lone Red Tailed Hawk got up for a short cruise while I was out, but for the most part, it feels desolate.

There was a head wind to contend with going North, but it wasn't that big of a deal. What was surprising was just how dusty it has gotten again. The roads are bone-dry, very dusty, and my bike got pretty dirty. The farmers in their trucks all slowed down when passing me by, which was thoughtful. I really appreciated those gestures.

I wasn't really all that motivated to ride Sunday. I don't know if it was the weather, the time of year, or what it was. But it took everything I had to just get the bike out and turn the pedals. I was sure that I'd only go a short way, but as it works out many times I feel this way, I end up deciding that 'maybe a little further would be okay', and I end up riding a fair amount after-all. And as always, I was very glad I did go after the ride was over. 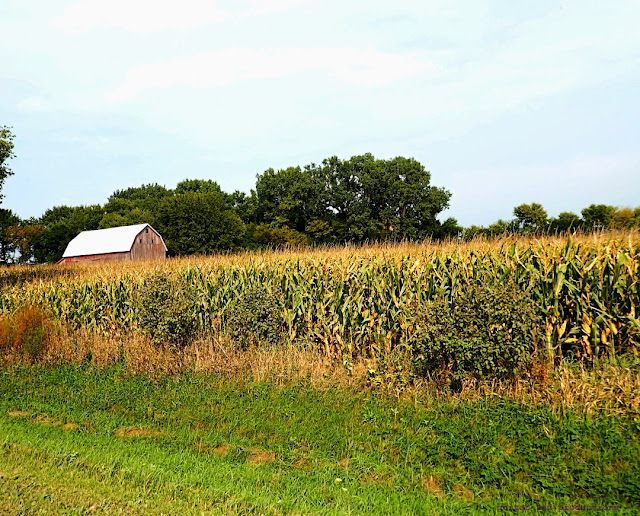 Besides the nice people that slowed down to pass me without enveloping me in a thunderhead of dust, I saw an older lady toiling away in her yard. She gave a hearty wave as I passed by. So too did a couple of other folks I saw out in their yards. Somehow those waves and smiles do something good for my heart. I'm not sure how that works.

I just know that it does.

I think you hit the nail on the head with the last bit there about the wave being good for the heart. Nonverbal communication goes a long way out on them gravel roads. The 'wave', head nod, raising a couple fingers off the steering wheel to acknowledge you goes a long way in my mind. It gives me a good feel if I feel welcome out there...or not.