Today is the last major U.S. holiday until Thanksgiving, at the end of November. It is a day that marks the traditional "end of Summer' here. So, to my fellow American's- I hope that you all are having a safe, happy, and memorable Labor Day 2021.

For those of you from outside of the U.S. that read this blog, here is what this is all about here:

"Labor Day pays tribute to the contributions and achievements of American workers and is traditionally observed on the first Monday in September. It was created by the labor movement in the late 19th century and became a federal holiday in 1894." - from Wikipedia. 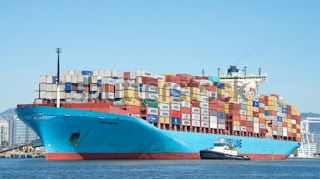 This past week the Eurobike show took place in Germany where the chatter was all about supply chain disruptions. This is a really important subject with Europeans because of the electrified bicycle market, which is about 50 times that of anything going on here in America, if the stories are to be believed.

Demand spiked during the pandemic and - as in North America - supply was depleted. Now with COVID still disrupting ports and factories, and with the craziness in container shipping, parts and bicycles are on long lead times. REALLY long lead times. This was hoped to have worked itself out by the end of this year, but as this Summer went along, the problem did not get any better, it actually has gotten worse.

Many people want to know why we do not have bikes and parts. There is no singular reason. This is a multi-faceted, multi-national issue. Since it is so complex, estimates of a quick turn around to "normalcy" should never have been made. In fact, now CEO's of the bigger companies are not even hazarding a guess as to when this will rectify itself back to something recognizable as what the economy looked like pre-pandemic. I now offer the following reasons why this problem persists...

It's so bad now that a trade paper quoted Claus Fleischer, the CEO of Bosch e-bike systems, as saying, "I can't promise anything for the next 12 to 18 months." Do the math folks. He said this at the end of August, 2021. That means you are probably not going to see the end of disruptions until August 2022 - late Winter 2023!

So, the state of things is such as it is due to various world-wide influences and it will take a year to a year and a half from now to get over it. Maybe. Who knows?!

And when things do come back? Another industry person was quoted as saying, "(The market) will show some decline as a result", but that there will be price increases due to demand and shipping costs. Basically, your dollar will buy less than it could pre-pandemic. That goes for parts and pieces as well.

So, my advice is this- Keep what you have in excellent working order. Don't bank on getting a new, shiny rig in the next two years, and be patient! Especially when trying to source parts. Be flexible- Those favorite tires? You may have to settle for something available- whatever that may be. Same with chains, cassettes, and more. Get acquainted with the used market. Lots of people bought bikes in 2020 and many are now bailing on them. (So much for the so-called "Bike Boom") Parts are also being offered up from builds that weren't completed during the pandemic. Check out Facebook Marketplace, various Facebook bicycle sales pages, and Craigslist. I've seen tons of stuff up for sale that you cannot find at shops or online.

And just ride. Getting away from all the nonsense - even this blog - is probably a good thing. Unplug. get out there and enjoy a good bicycle ride.

Happy 6,000, GT! That is an amazing accomplishment/milestone!!!

6000,Man that is a lot of time and writing - I'm sure you have enjoyed most of that effort.

Congrats on the 6000. I read your blog every night when I get home from work.