With all the end-of-year stuff going on I figured I would take this opportunity to do a little catching up around here. So, without any real cohesiveness to this post, (Random- get it?), I will do just that- catch y'all up on the latest goings on here at Guitar Ted Productions.

So, the weather! What the heck! It was awesome for three days last week, as in far too nice for December, and then it got downright December-like, just without the snow. I got a ride in Monday, but Tuesday and especially on Wednesday I did not plan on cycling due to the big winds. By the way, we did not have any real significant damage from Wednesday night's storms. Some folks in Iowa had tornadoes though.

On a side note: If you hadn't heard yet, Andy's Bike Shop is out of business, so I am job-less at the moment. But I have picked up a very part-time gig as a mover. Yes.....it's odd, but a friend works at this place and they are desperate for help and I said I could lend a hand. That said, I have a prospect which -if it works out- may be the direction I decide to go in for the future. Stay tuned...... 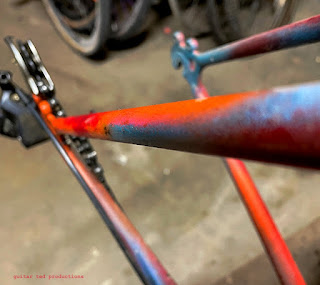 I've been busy doing some clearing out of old stuff and clearing out some space for a long-planned 'hobby' I am pursuing. (More on that when I am ready), but along the way I've had to start trying to decide what to do with some stuff around here.

It's not easy, because after nearly 20 years of doing review stuff and after all this time in the bike shop, I have accumulated a lot of 'stuff' I figured was valuable at one point or another. I have a bad habit of being a 'pack-rat' and justifying it on the odd occasions when I hold up a very obscure part or tool and 'save the day' on a repair. But......is carrying all this obscure inventory worth the bother?

And I know that the answer to that question- most often- is "No". So, coming to terms with these decisions is what really is going on here. But suffice it to say that I have committed to clearing out a bunch of stuff around here and maybe a few of the items worth 'something' will show up on the garage sale page here. We'll see. 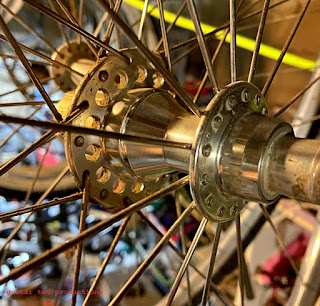 I have enough parts to turn some of this into complete bicycles, but I think I will only do that in one case for now. I figure on getting that old 'gravel mutt' I spray bombed up and running as a townie with fenders. If I can score a rack for it I will, and then maybe put a trunk bag on it for smaller items.

If it works out I may retire the barn-built Trek from errand duties and do a 650B conversion on it. Then that would end up eventually becoming the light-touring/rando/gravel rig. If that happens it will be a huge project due to the fact that I will have to braze on some new brake studs and lace up some rim brake wheels, besides getting the rest of the drive train together.

But I think that old Ishiwata tubed frame has the right geometry for 650B wheels and would make for a great road rig in that configuration. It'd probably be limited to 650B X 42's, but that would be just fine by me. It has been an idea I've had for this bike for a long time. maybe now is the time.....

Meanwhile I think I need to swap out tires on the Raleigh Tamland two and put fenders on that bike. I also have to go through a few of the other bikes in terms of quick tune-ups and cleanings so that I am all set to go for Spring. But there isn't a whole lot to do on that end of things, so that is good.

I've been babysitting this new cat, named Felix, quite a bit of late also. He's a ball of kitten energy, of course, but that isn't the biggest issue we are dealing with.

See, we have had a cat, named Minka, and she's full grown, and used to doing things 'her way'. Felix has been, as the young folk say, a 'disrupter' of the status quo around here. And another thing, Felix has no fear. Zero. The fact that Minka can swat him across the room does not faze him in the least. he comes right back for more.

So, Minka, to put a 'swift end' to things, generally gets over Felix's back and bites his neck. Then we have to intervene and the whole thing starts again. It's like refereeing a WWF wrestling match.

But generally their has been less trouble as the days go by. I figure one cat just has to grow up, calm down a little, and the other has to adjust to the 'new normal'. And the really great thing is that everyone is pitching in to make things work. Well......except the cats, of course! 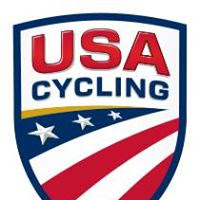 News broke last week that USA Cycling lost its CEO to the mattress company Purple and then made a new hire in Brendan Quirk, who had held a high level executive position at Rapha, and was co-founder of Competitive Cyclist, which was sold to Backcountry.com.

Quirk has reportedly been on the board of USA Cycling since October and was program director for the Runway Group, and investment group centered on Northwest Arkansas which is headed by the Walton brothers.

In an article published in "Velo News", Quirk mentions one of his goals for USAC is to grow 'grassroots cycling" and he mentions the boom in gravel events later in his statement. He also mentions that USAC will be focused heavily on developing new talent for the upcoming 2024 Paris Summer Olympics.

Comments: With a wide ranging statement which really did not reveal any new ideas, Quirk hasn't done anything, in my opinion, to make me think that USAC will change much of anything going forward. The focus is on competitive racing and Olympic development, seemingly, and with the resources USAC has, I would be surprised to see much of anything change in regard to that in the near term.

Obviously, there is a relationship with the Walton family and Northwest Arkansas which, theoretically, could be leveraged to help USAC squeeze their way into the gravel world, but with Life Time Fitness having a big event already there in the Fall, I would be surprised to see any ground gained there. But, I have been surprised before.

And additionally, USAC seems to be the focus for the social issues some people are championing. There was a bit of controversy over a group protesting trans athletes at Cyclo Cross Nationals last week which USAC drew a lot of criticism over for their lack of response to some people who wanted the protests and heckling of athletes to be stopped by USAC. (By the way, is it not strange that a group like Life Time Fitness doesn't see these same issues?) So, USAC will probably see the same scrutiny if they propose something along the lines of a Gravel National Championship. Not to mention the fact that there already is a "Gravel Nationals" put on by the USE. So they'd have to navigate those murky naming rights issues there. 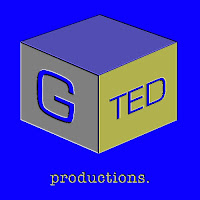 So, that about wraps it up here for now. I had a very busy week last week with Mrs. Guitar Ted and my daughter having birthdays two days apart from each other. The end of this week is Christmas, and then a week after is New Year's and the 2nd of January will be my wedding anniversary. So, lot's happening with my life in this period.

I may get a few rides in, but typically this period doesn't see me out a whole bunch due to the aforementioned life stuff and whatnot. I'll be back with more riding in the New Year as weather permits. Until that happens, riding reports will be slim here.

I hope you all have a fantastic week and have an easy time during this busy Holiday stretch. Look for more end-of-year stuff the rest of the week and next as 2022 comes on like a freight train! And as always, thanks for reading Guitar Ted Productions!

Sorry to hear about Andy's Bikes and the loss of your job, hope you land on your feet soon.

The tables will turn on Minka.