All Good Things Come To An End 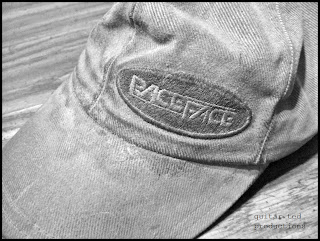 Friday I saw some activity on Twitter that was giving me the slack-jawed, wide-open-eyed look. It was being said that Race Face was closing its doors, (or by some accounts, had already done so.)

Later on Saturday it was confirmed by several credible sources. I was amazed and saddened.

On one hand, I realize that not everything will last forever. Good runs turn mediocre, fade away, and either slip into oblivion, or get taken out by a catastrophic event all at once. Race Face seemed to suffer from the former more so than the latter to my mind, although the scuttling of the company may seem more abrupt to many. I remember Race Face somewhat differently than some, I guess.

Back in the 90's, Race Face was one of the first of the "CNC era" companies to switch to forging their cranks. It was a huge step forward for them, and set them apart from everything else available, with the exception of Shimano. Shimano was still looked down upon by most of us "dirt bag" mtb guys, and with the exit of Campy and then Sun Tour, nobody was standing tall against the "Big Bad Shimano" machine with quality, reliable cranks and other gear.

Race Face stepped up with the classic Turbine LP forged cranks and with several length options and anodized colors, set themselves apart from everything else out there. They followed this up shortly afterward with a killer sealed bearing headset, also available in ano colors. All made in Canada too.

I was a huge fan, (note my 1996 era cap above), and Race Face was immensely popular with mountain bikers right though the ISIS bottom bracket era. Then Race Face dropped the Turbine LP from it's line, dropped the ano colors, lost its swagger with XC/Trail guys, and fell behind the "8 ball" in terms of technology, reliability, and spec from bicycle companies. Sure, they did start to find a niche with the whole "North Shore" thing, and definitely were a company ready to crawl back into prominence with their newer stuff. But to me, they were pretty far off my radar until recently.

So why now? Why are they done? I've heard some unsettling rumors of greed and mismanagement, but who knows and it doesn't matter now. They are done. Next up- I suspect the name and intellectual property will be snatched up by some company and the Race Face name will live on somehow. It still has cache' with riders, that's for sure.

In the final analysis, all things come to an end sooner or later, and in the big picture view, it seems petty to even think about such things in light of world events of late. Let's count our blessings, help where we can, and ride on.
Posted by Guitar Ted at 1:00 AM

Well... That's a bummer. I always appreciated Race Face, if for no other reason than the choice they offered in the marketplace. They were a viable alternative to the major brands. It's a sad "broken record" scenario in the bicycle industry, it seems. Nothing lasts forever, so you just have to enjoy the good days while they last...

Too bad RF is gone. They are going the way of the original Syncros.

OT, did you get the Phil wheel back yet GT?

@ S Sprague: I have not heard anything back from Phil Wood yet. :>(