Okay, So I Had This Idea For A Gravel Road Race.... 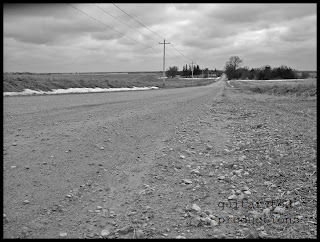 I was at work yesterday, and my mind was wandering, as it is wont to do while I am doing a menial task, and I thought about what it might look like if there was a stage race on Iowa gravel roads. You know, like the road and mountain bike stage races mixed together with the "under-ground event, free race" ethos thrown into the mix.

I even came up with a slick name for the whole deal. Check this out: "Tour of Iowa Gravel Endurance Road Race". Yes folks, that spells "TIGERR". Charlie Sheen would be proud, (not that this matters, but....).

Okay, so what is an idea without some substance to it.

So, I thought about that. I could do the easy thing, and just dial up my Gravel-brai route that I came up with last year. The route is all there, all the way across the state, for seven days. Stage race, right? All the towns have accommodations, and cues would be easy-peasy. However; that is waaaaay too obvious, and also- very challenging logistically for anyone considering doing such a stage race event. Besides, the route isn't all that great, and I can do better. Way better.

Soooooo......here's where my head is on this right now. To make the thing do-able for a lot of folks, an entire week of gravel riding, as awesome as that sounds, is probably too much awesomeness all at once. (But- If I am wrong, please let me know that.) I thought that it might actually work out better as a three day stage race, at least to start out with. This does several things.

One, it makes the event a "bite-sized" deal that looks attractive from a time-off-work standpoint, because, let's be honest, taking a week plus travel time off to ride gravel is probably not a thing many could do, or even would want to do.

Secondly, the logistics get a lot easier to deal with on a three day stage event versus a week plus one. I could dial in three different stages out of the same hub, for instance, thus cutting down on multiple over-night stops and the resultant details in lodging/camping. Costs for riders comes down as a result, as well. This could also put the event in one spot with lots of great roads to explore, as opposed to having to cover some not-so-interesting places in between cool spots.

Finally, I was thinking this might be good to take place in July, because that's when everyone is thinking, "Tour", ya know?

So, what does the gravel aficionado say? Let me hear your ideas on this in the comments.
Posted by Guitar Ted at 1:00 AM

I'm sure you would get some hits on your idea. Attendance might not be huge at the first race but then does that matter?

Sounds cool. This would be a self support carry your own gear event right? I'm game. I would assume 100+ mile days?

A) I think it's a great idea and something unique
B) I probably won't make it this year due to work duties
C) Do it anyway so we can do it again in 2012. :)

***My take on it, solely from the perspective of what would entice me to sign up.***

I like the idea of a stage race, but if I was going to do it I'd like to see it be something more than three different loops around the same area. Couple ideas that I would find interesting and fun:

- Self supported race from north to south or vice versa. Bring all your camping gear with you. Tougher from a logistics point of view, but gives it more of a tour vibe.

- Keep it the way you mentioned, but make the second day a 6 or 12 hour mountain bike race. Yeah, then it's not a true gravel stage race but it would break it up nicely and encourage/reward a wider skill set.

I think you are spot on with the 3 day idea. Maybe come up with an IBAL (Insanely Big Ass Loop)? Overnights in different towns but coming back to the start, making it a wee bit easier for riders. Overall, I really like it.

Look at a town like Denison as the hub. Big enough for support and lots of potentially hilly loops. Try it once unofficially to see what works and what doesn't.

my take is that riding gravel in June- early september is "out of season". I'd love to do this earlier in the year or in fall, not in the middle of mountain bike season.

My gravel racing is already functionally pushing the start of xc race season until June!

This is a great idea all the same.

Tour De' Gravel...AWESOME! It would be nice to really dive into one concentrated area as long as it is different. I like returning to the same town each day to SLEEP in my same hotel room. What else is there to say it's GRAVEL! This would be a kick ass tour!

Sounds like fun. Here's an idea to chew on. Do it near the borders of Iowa, Missouri, Kansas and Nebraska and make it a four stater.

Three days would be a great test bed for something like this. People take a week off no problem for RAGBRAI so who knows, a week might not be far fetched in the future. I would agree that July is perfect. The gravel would be fast and dry. A rain wouldn't ruin the ride too much. I'm interested.

I've had similar thoughts, but with a twist. I recall you mentioning that when you and Jeff were planning T.I. 1 you were imagining it as a mountain bike race. I think there was even an off road trail in there the first year.

Several of these places also have camping so that could be an aspect.

This would be great. 3 days is a good start and the concept of a central starting point makes sense.

This would be a lot of fun. The 3 different loops from a central location works well. Ark. use to do a RD tour this way, take a day off and then drive to another part of the state for another 3 days of loops. You could sign up for all or any part of it.

Guitar Ted why don't you live on the east coast??? As maybe the least experienced person posting, a central hub would really cut down on logistics. Helps if you're trying to sell the concept to a town also because it allows non-riders more opportunity to attend. Works pretty well for the Breck Epic. While again I'm sure the hard core will push for more, a three day event really means five days, with travel days before and after the three days of racing. The idea is awesome...

There are a lot of great ideas here. I think three days for the inaugural event will increase participation. The suggestion to tour from off road trail to off road trail is cool. Combine it with camping and you will have a one of a kind event.