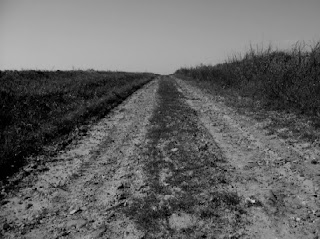 As mentioned earlier, Steve Fuller, a past Trans Iowa veteran and photography buff, will be helping out again at Trans Iowa by providing still shots of the event from throughout the weekend. Steve might be somewhat familiar to a few of you that have been at Trans Iowa before, as he helped volunteer for T.I.V4, and raced in V5 and V6.

Moving Pictures: Along with the talents of Steve, I am in discussions with a Mid-West based videographer that wants to film footage for a documentary piece on T.I.V7.. While nothing has been set in stone as of yet, things are looking up at this writing for this to happen. Following is a brief description of the vision for this project:

"The focus would be generally about the battle of rider vs. nature,  course, self, and what kind of rider does such a demanding event and why.  ... it would touch on the fact that there are no spectators cheering  them on, and no fame and fortune waiting for the riders at the end of what  may be the most difficult "one day" race around. "

If this does go down as it is being discussed now, there would be access to riders during the event by this fellow at the pre-race, start, and some during the event, probably at checkpoints, or convenient stopping points where short interviews might be done, or brief answers to questions.

The intrusions would be minimal, and of course, participation is purely voluntary. I just am wanting to broach this subject ahead of time so there are no surprises for you, the riders, and to give you opportunity to ask questions beforehand.

The Written Word: I also have been asked by Dirt Rag editor, Josh Patterson, to write up a feature length article for the magazine to be published in June. The focus is going to be a little bit on Trans Iowa history, gravel grinding in general, and will include a recap of T.I.V7 I will also be getting a short mini-interview from three participants in the event, which will appear in the magazine along with a Steve Fuller taken image of each rider. I have a bunch of this article already in the can, but obviously, I can't write the ending yet!

The Fine Print: So, this means that this year will be a bit different for you, the riders in Trans Iowa. David and I will be having each rider not only sign the waiver, but a Media Release form which will allow us to publish any images and words we quote from you without compensation to the folks in the images or from quotes that may appear in print made by the riders interviewed. If this is going to be a problem, (which I hope it won't, because it never has been before), let me know by commenting here or by e-mail. (E-mail link)

I'll keep everyone updated on the media front as things get clearer.

Other Stuff: I hope to get some e-mails pushed out concerning the Pre-Race Meat-Up this weekend. Sorry that has been delayed a bit. Also, now that the snow has been defeated, temperatures are rising, and things are moving around out in the rural areas again, I will be starting "Course Updates" soon. These are reports on the gravel conditions, and how the roads are faring out on our planned course for T.I.V7. Some of these may be audio updates, to test out the feed to this blog. Look for the first of these to happen yet before the month is out.

Stay tuned. Trans Iowa V7 happens in six weeks! Please let us know if you won't make it by e-mailing me at the link found in the post above. It would be very much appreciated.

I just read your comments on Trans Iowa in Bicycle Times and it did mention the upcoming article in Dirt Rag. Wow. Trans Iowa has hit the big time. Dirt and gravel are big again!

Nice work promoting this event over the years and making and shaping it into what it is. Kudos to you and DP. Makes me feel sort of special just helping out this year. I can't wait.

@Wally: Hey thanks. Speaking for myself here, but I just like being around the people of Trans Iowa, and I am stoked to be able to finally meet you, and welcome you as part of the T.I. family.

Media stuff is cool, but in the end, the experience of being a part of this trumps all.