I Know What I'd Rather Watch 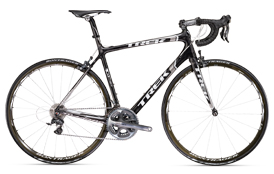 Ever since this whole UCI thing started up, I have been thinking about how they will "certify" frames for use in professional road racing and triathlon. They have a weight limit, of course, and an aero tubing profile limitation, and some other wonky rules that limit bicycles and their construction for record attempts on the track, and so on and so forth. Of course, rules are part of any contest, and sport couldn't be run without a structure.

I think we all get that, and agree upon it.

However; the entire process of extracting money from bicycle companies to "certify" that they meet UCI standards is a bit unnerving to me. It's going to do two things: #1: Make the UCI a lot of money, (and so- where does that money go?), and #2: It will raise the prices on bicycles sold to the public.

Now the UCI says it is to make sure everyone is on a level playing field and the race inspectors jobs would be easier.

You want a "level playing field" for bicycles? Okay, take a step over here and see what the sport of NASCAR has done. Spec cars, and besides the "engine", they are about as identical as you can get. They even have templates the cars have to fit into. You know, so they are "certified" ready to go. Certified parts in the chassis. Certified body shapes. Everything is controlled.

In my opinion, this is the direction that the UCI is headed in terms of bicycles for professional racing. I say- "cut to the chase". Just make 'em all ride one bike. A "UCI" made turnkey chassis kitted out with whatever drivetrain choices from Campy, SRAM, and Shimano are available. What? You dont like that the manufacturers would be out of it? I say that it would save them a ton of money not sponsoring professional teams, and therefore should make bicycles cheaper for all of us. Or maybe they could actually make bicycles "for people" instead of bicycles for "people's fantasies". But who am I kidding.....

So, what is reality, and what would really work here? I say, let the boys be boys and have at it. We already have testing for safety, and those standards are pretty darn high. So make every race bike pass the safety tests. Then- have a couple easy rules. You know- like overall length, identical wheel sizes front and rear, and a weight limit, (that is what they have now, and I think that is just fine). Then the all-important rule: It must be an off the peg bike. No custom-one-off anything. Everything in the Pro peloton must be manufactured ahead of time for consumers to ride as well. Race on Sunday-sell on Monday.

Inside of those simple boundaries, let the bicycle companies go nuts with technology. That's something I would rather watch than homogenized bicycles according to some arcane cycling over-lords being ridden by bio-freaks controlled by radios. Oh wait.....

They got rid of radios, right?

Update: Late this afternoon I received a press release from the UCI. (Hmm.......veddy eentahrestink!) So, at any rate, here is a brief synopsis of the contents. The UCI states that the confirmation/certification process is in "high demand". Really? (Thank you "Mr. Obvious"!) Of course it is going to be in "high demand" because manufacturers "need" to have those bikes underneath pro riders. Okay, so no news there. Then it goes on to say that Richard Sachs was one of the first to "request certification", and that he said it was as "easy as registering for a race".

Okay, another bombshell! No offense to R. Sachs, but those frames could be certified from 5,000 miles away by a monkey, since they haven't changed in 30 years. The guy is building bikes that the UCI would love to see everyone riding. Tell me that something cutting edge has been certified, then I'll be impressed.

Those prices are roughly equivalent to US dollars, by the way. (And I bet not including shipping!) The highest price is for things like time trial bikes, the mid-price for your monocoque type carbon fiber road rigs, and the lowest price for "tube constructed" bicycles, (read: Like Richard Sachs bicycles). It costs more if you carry more than 8 sizes of each model.

Okay, 5 grand to measure a frame, and they say it isn't making them any money?

Great post. You know what I'd like to see? Make them all ride NJS Keirin certified fixies, and I'm not even a hipster!

Gted you get my vote for the CEO position on the uci. The world is just all about money and marketing these days. I wonder how many less cyclists there would be if all bikes were the same color and no branding...?