The Dirty Kanza 200 Chronicles; Coming To My Senses 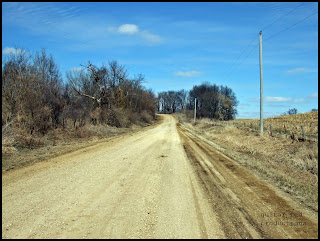 <===Nothing like a long, steep-ish climb to knock some sense into you!

The week of training was light this time since I had the "Secret Agent Man"  stuff going on mid-week, and the weather went south on us as well. There were some longer rides to and from work, at least. Then Saturday I combined a bit of recon for T.I.V7 in with the training ride. (So, I can't really say where I was!)

I did hit some steep ol' hills and the 40 X 18T was not a great choice for that. I made the hills all right, but I wouldn't have gone too many miles in that gear on that terrain, and oh yeah, did I mention that the wind was whipping on Saturday too? Yeah.....

So, I think that was just what I needed to get me motivated to put some gears on this rig soon. 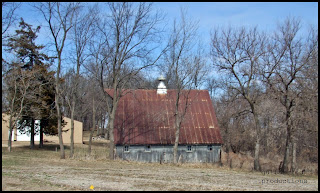 I tried out the Camelbak bladder in the Tangle Bag and played around with the hose arrangement a bit. I got it to be in a place where it wasn't banging off my legs on out of the saddle climbs yet it wasn't flopping around loosely either.

I wanted to see if I could figure something out that didn't require any more gadgetry, like clips, spring loaded leashes, or whatever. I think I am there, but I am still unsure if it will work well enough to promote good hydration. Sure- the potential is there. I just have to keep at it and see if I can get it to work well enough to pass muster for the Dirty Kanza. Right now the set up is about 80% there, I think.

I still have to fit a computer and see about the cue sheet holder system. Last year I used a wireless and for cues, I just followed tracks and occasionally looked at the sheets as they were stuffed in zip-locs and tucked in my bento-bag. This year I think I want something a bit more easily seen. Then there are the lights, which I have zeroed in, but I just need to re-test them once the nights get warmer again.
Posted by Guitar Ted at 1:00 AM

While it's another gadget, have you considered a set of straight aero bars just for nothing other than extra mounting points for things?

@Steve Fuller: Actually, I have a Minoura Space bar and I have had that clamp going around a Salsa Moto Ace Stem before, so I know it would fit the Ritchey stem as well. If I needed extra bar mount space, I would look at that first before aero bars. (But I do have some carbon aero bars that have been shortened from crash damage in the wings if necessary!)