Okay, So I Had This Idea For A Gravel Road Race....Part II

First off, thanks to everyone that commented yesterday. The feedback was mostly positive, and a lot of really great ideas were tossed out. Now, I want to take those and distill this down a bit. Ultimately, we're going to reach a focus for this proposed event. Keep in mind that several of you will eventually get disappointed since this will go in a different direction than you may have wished. Hopefully, it will be something that is fun and will be good for most of you out there.

Date And Place: While several of you voiced support of the July idea, some did not. I can see the appeal of a spring or fall date, but there are a few reasons I would push for the July dating as opposed to spring or fall. Besides the whole tie-in to "Le Tour" and that, here are the reasons I would vote for a July date.

So, my thought is to stick with the July time period. Now, as for location, I received several suggestions that are intriguing. Here are those place suggestions that I liked, and a few of my own.

Of course, any of these would be really cool first time places to use, but here is one thing that stands out to me. There are four "Iowa-centric" ideas here, and one that isn't. That means that I could choose to make this a regional idea, or something endemic to Iowa. I'm not averse to doing it either way. 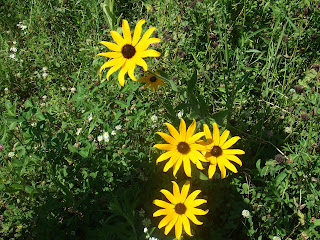 On one hand, getting closer to the Omaha/Lincoln area would maybe entice a few gravel road aficionados to join in the fun, but the Des Moines area also is a great place to get this kicked off in. Of course, Decorah is a no-brainer for spectacular, tough as nails gravel road loops. Finally, my own back yard, as it were, would make this event really easy to set up for me.

And make no mistake, I don't have to be the one steering this ship either. Anyone and everyone willing to pick up some slack, or that wants to be in charge, is welcome to be a part of this deal. In fact, it might be better to have someone else be in charge. Just throwing that out there.

Finally, the idea of using single track, or paths is awesome, and was also part of the original vision for Trans Iowa. Incorporating elements of that would be really cool, if possible, although, I don't necessarily agree to a full on single track stage.

Well, there is a rough draft. Who has any thoughts on what we have here so far? I'll draw up a tighter vision on this in a few days after I get more feedback.
Posted by Guitar Ted at 1:00 AM

I like the single track idea des moines area has center trails (18 miles) then 12 miles away is sycamore (8 miles) another 15ish miles is summerset (6 miles) then 8 mile to aquabi (7 miles) and seven oaks is also a 50 mile gravel ride from des moines. As one of the Cita guys that helps maintain these trails I would love to see a multi stage race on them. I almost forgot ERT this is an atv trail along the des moines river that heads out of town to the east.

If you can make it over to the Nebraska border, the Omaha area has a number of excellent singletrack trails as well, as you know G-T. The cool thing, is there is the Bob Kerrey bridge over the Missouri river, which is a hike/bike-specific bridge between Iowa and Nebraska, and we could easily get out of town using a combination of rail trails & gravel roads. Perhaps the course could run south, then back across the river at somewhere like Brownville? In fact, Brownville would make for a nice place to stay for a night... It's a popular tourist destination for travelers to Nebraska, yet it's got a distinct small town charm that'd be synchronous with what you're trying to do here, I think.

Oh yeah... I may not be able to participate in the whole thing this year, but I like the vision of what's coming together. I'm on-board mentally, and at some point, I'll be able to carve the time out to do it. Just have too much already on my plate this year...

Support is a big issue with stage races. Having to move support from town to town for a moving stage race would be very difficult for the average Joe. You might consider a cloverleaf like stage race that starts and ends in the same town every night, but heads off for a different loop for each day's stage. By doing so a single guy can take care of himself and not require a support team to bring clothes, food, etc, to the next town.