I Didn't Go, And I Was Still Busy! 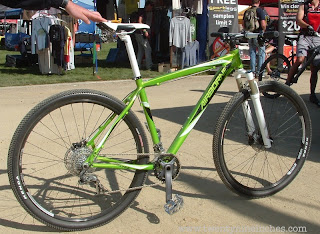 A couple years ago I made a vow. "Never return to Sea Otter as long as I help run Trans Iowa!" Why? Because Sea Otter is always one week ahead of Trans Iowa, and when I did go to Sea Otter, it was just waaaay too crazy to be gone two weeks in a row from friends, family, job, and from getting Trans Iowa stuff done.

Well, by grace it just so happened that I have a man in California, "Grannygear", who is working with me who is a five hour drive away from Monterey. Cool! Doubly so, since he goes to Sea Otter once in awhile anyway. So, it would seem rather simple then. I stay home, put on Trans Iowa, while Grannygear does the Otter for Twenty Nine Inches. (By the way, there are two great photo dumps and info there now from Sea Otter. More to come.) Well, it would seem that way, but for one small detail- I am the Editor of Twenty Nine Inches!

So, I spent a bunch of hours putting together those two posts that take all of what? Five minutes a piece to read through? Funny thing: Grannygear mentioned it- He said it was weird to see two days of hoof pounding, picture taking, gabbing, and writing distilled down into such a tiny package. And that's true from my end as well, to a much lesser degree, but trust me- we're talking hours of my weekend here! 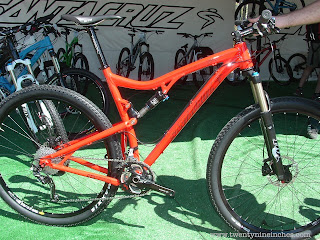 But, I can't complain too much. I got a fair amount of T.I.V7 stuff done as well this weekend, and still spent a bunch of time with my family, which wouldn't have happened at all if I had been in Monterey.

Well..........not really! I didn't ride a bicycle all weekend because of all of this. That's the really ironic part about this period of the year for me. It is all about bicycles, Sea Otter, and Trans Iowa, but I hardly get to throw a leg over a bicycle during this time just to ride, due to being so busy. Weird, eh?

That'll all come to an end soon enough though. I have a plan, and it includes lots of riding, and no big events to get in the way of that. I'll detail this out soon. The plans are all good! I can't wait to get to the other side of T.I.V7 to start on it all.
Posted by Guitar Ted at 1:00 AM