So, Can It Be Done Within The Time Limit? (And More) 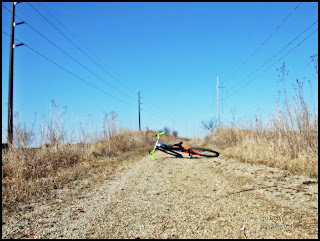 I got a question on Twitter yesterday referring to Trans Iowa this coming weekend and the weather. As many of you Upper-Mid-Westerners know, it has gone from weeks of dry weather to wet in the last three to four days. That makes for soaked roads, and really muddy B Maintenance roads.

I was Tweeting that "we could kiss our dry weather Trans Iowa goodbye" due to the recent weather. One of the competitors was opining that it may not be good, but could it still be ridden within the time limits? Okay, a bit of explaining here for those not in the know....

Trans Iowa is a 320-ish mile, gravel road event, self supported, self navigated, and has two checkpoints, (this year), with time limits to reach each checkpoint and the finish. Every year is a different course. Every year the checkpoints are different. Time to get to checkpoints is determined by difficulty of each section, but is based off my formula of covering ten miles of course every hour. In other words, you just have to go fast enough to allow for stops, crossing roads, difficulties with weather and roads, that leaves you covering 10 miles every hour. Go fast, and you put "time in the bank" for things like resting, flats, head winds, or having to walk B Maintenance roads that are unrideable. Go slow, and you run the danger of not having time to stop, and possibly missing a time cut off.

So, this year we are granting 34 hours total time. Checkpoint #1 will be at about 53miles and I have held close to the "10 miles of course covered in an hour" formula. But I have granted more time to get to the next checkpoint, and especially to the finish. Less than 10 miles every hour covered, in fact.

In the grand scheme of riding, that's pretty slow.  Granted, it is 300 plus miles, and the head winds are yet to be determined, along with the ride-ability of any of the B Road sections. So, it isn't like it will be easy, but it should still be do-able, even with damp, wet roads and unrideable B Roads. I think the answer is "yes". It can be done. But the weather will have the final say on that! 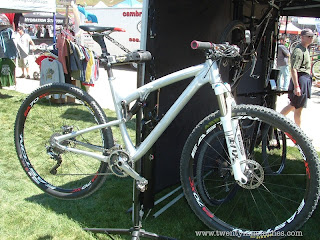 Some Musings On Sea Otter: The aftermath of Sea Otter has many in the cycling industry feeling maybe a bit euphoric. Many new introductions were filling the internet. As for 29"ers, it was a bumper crop for intros.

In fact, it pretty much blew Interbike out of the water, and only Eurobike surpassed what has to be seen as a crazy good Sea Otter for 29"er freaks.

It was not just a few tires, but a lot of tires, more than a few wheels, many forks, and of course, lots of bicycles with 29"er wheels, like this stunning Rocky Mountain Element prototype I chose to post today. I have worked Sea Otter before, and in my short few years or so of covering it, this one had easily twice to three times the amount of big wheeled goodies to talk about.

So, what does that say? I think a couple of obvious things. First- 29"ers are reaching another level of popularity with riders. Of course, Europe coming on to them a bit sure has helped. Oddly enough though, I still get e-mails from Europeans saying that it hasn't caught on yet, so I think there is a long ways to go there. Still, it is obvious that the industry believes that there is a larger potential market place for 29"ers than ever before.

Secondly, it speaks to the ever increasing consumerism for bicycles. We see it at the shop where I work as well. Sales are up. Way up. Is it gas prices? You know what? I don't think so. For some reason, bicycles are just hot now, and 29"er bikes seem to be pretty hot as well, at least in North America.

However it is, 29"er stuff is coming out at an ever increasing rate lately, and I sure am amazed to see what has happened since I got my first one in 2003.
Posted by Guitar Ted at 1:00 AM

I still think conditions on Saturday will be favorable. The roads around Ames could use a bit more rain to pack down the fresh gravel. Saying that, during Trans Iowa V2 I knew within ten minutes that averaging 10 miles per hour was going to be impossible.

look at the wheelbase on that rocky. wow.

If the prior 24hrs are anything like last years leading up to the race, we can exptect the same results: DNF's across the board.

We'll see what we've got once we're out on the road. Only then will we really know where we're at. There is just way too much that can happen between now and then. I don't know much, but I've done enough of these things to know that at least.