Trans Iowa V7: It's About The Weather 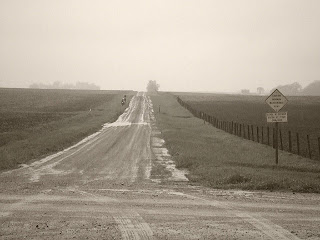 First off, I will apologize and advise the regular reader of this blog that I am now officially on Trans Iowa "Mental Meltdown Watch" status. Much of my waking moments in life right now are consumed with thoughts about details concerning the event coming up.

This will all pass in about 12 days, which takes me to the Monday after Trans Iowa V7, then there will be a short decompression period, and afterward, all you folks can be assured I won't be mentioning T.I.V7 again and again. For me to be writing about this right now, it is a cathartic activity for me. It helps me deal with this event.

One thing that I say all the time is that "the weather is the wild card at Trans Iowa." I do not think I actually came up with that, (I think Jeff did), but I permanently borrowed that phrase. And, of course, it is painfully true.

Many folks like to point out T.I.V2 as being the beginning of that idea. The event was stopped cold by consistent rain and soggy dirt roads. But to think that would be remiss, as T.I.V1 was super windy, and brutally cold. Riders were getting knocked around like wobbly-kneed boxers in the 10th round of a prize fight, and most quit at the half way checkpoint. The intrepid 9 that made it all the way nearly froze their arses off on a clear and starry night on dead straight roads across the hinterlands of Iowa. So, yeah......weather was a big player from the get-go. 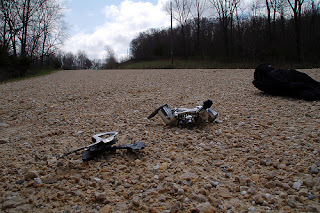 They say every other year, the odd years, are the best weather years to ride Trans Iowa in. Hmm....maybe. We'll see. This year is that "Odd year", 2011, so perhaps it'll pan out, eh?

One thing is for sure- it is a good thing I didn't move the date up a weekend! Why? Because it is forecast to snow. Oh yeah........and it's supposed to be brutally windy. Sounds like T.I.V4 to me! The Trans Iowa where riders were getting blown right off their bikes and snow was swirling in the air for a few hours right at the beginning of the event.

The weekend after this coming one, the actual race weekend, is supposed to be wet. Rain on Friday and Saturday. But that is still too far out to be reliable info. 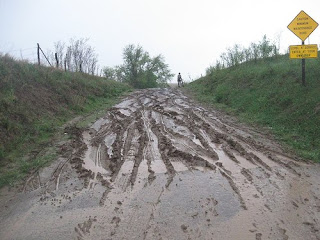 We were supposedly only going to get a few tenths of an inch last year, and instead, we got totally wiped out by a drenching downpour in the morning that DNF'ed half the field and later on, a torrential, hurricane-like rain and wind shut everything down by 8pm Saturday evening.

So much for weather reports!

But that doesn't mean I still don't sweat the possibilities of what the weather is capable of.

And that's just one facet of what is going on in my brain this week!
Posted by Guitar Ted at 1:00 AM

At the very least it will be a chance to gather and do some grilling! The weather will do what it wants to do. I am packing some warm clothing for sure. I also suggest and emergency blanket and some matches or a lighter in case you need to bunker down until your ride gets there. It still is possible to get hypothermic in April.
ari

If it were anything less challenging the draw would not be nearly as great.

The chemical hand/toe warmers are a must to carry for rides like this. Put them in your gloves, shoes, or anywhere else that gets cold. They provide hours of toastiness. Ted, you can be assured you are not the only one who spends every moment thinking about this race.

I actually changed the bike I'm riding for T.I. yesterday. I'm ditching the Vaya and going with more clearance, Clarence.