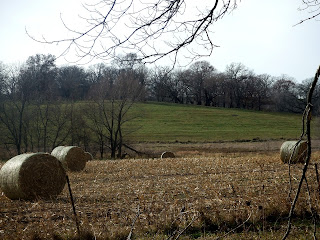 <===Ahhh! The soothing elixir of rural solitude went down good.

I'm not going to hide the fact that the last few weeks have been pretty stressful and that reached a climax this past week. Some of it was due to trying to cram in all kinds of activities into the perceived end of good weather. Some of it was due to things going on in my personal life, and some of it was running Trans Iowa. Any of these wouldn't have been a big deal on their own, but the combined effect was wearing me down. I needed to decompress.

There were lots of things going on I could have been a part of this past weekend too. Cranksgiving, the TOBASCO ride, and probably something else I am forgetting. I passed on all of it to do some "Trans Iowa business", which was really, at the heart of it all, a ploy to just unplug for a short time and escape to a place of solitude. 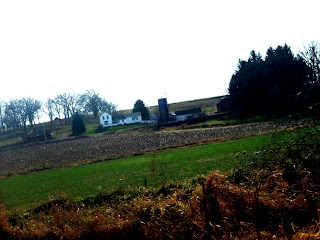 While the place I rode was on the upcoming T.I.V7 course, it wasn't really all about that. In fact, I didn't "need" to do this recon, I just wanted the excuse. I knew that this part of rural Iowa would be just the ticket for my over-crowded mind to get some relief. It did, but it almost didn't!

Just a mile and a half into the ride, my tubeless tire decided it didn't want to be tubeless anymore. Tubeless tires will do that to you. Not a puncture, but when the sealant loses the capacity to maintain an air seal. The sealant was just old. Well, fortunately I had a spare tube, pump, and........tire lever! Ahhhh! I forgot to pack a tire lever!  Maybe I wasn't going to get in this ride. I was not at all happy, I'll say that much!

As curses were carried away on the East wind I settled down, and started to work the bead edge. Using some of the leftover slimy sealant to help, I finally managed to work over the bead by hand. Yes....it was quite difficult! Especially considering that I was working with a Bontrager TLR rim/rim strip and a Hutchinson tire. After I pulled the tire bead off, I sat and picked at the dried up, rubbery sealant. It was kind of therapeutic in that same way peeling sunburned skin off your arm is. (Well, I always got calmer when doing that!) Anyway, I finally finished the task, pumped up the tire, now with a tube inside it, and took off.

I finished the ride feeling very peaceful and satisfied. It was fun, and even though my toes were freezing, it was just what I needed to do. Now I feel ready to pick the ball back up and run with it, except that this darned weather is actually going to the cold side now for this week!

Oh well. It is late November. Whaddya spect? I'll just have to throw on another layer and keep going........
Posted by Guitar Ted at 1:00 AM

I feel yer pain,GT...I haven't been able to even ride since early August...but the weather's looking nice the next 2-3 days before the cold hits...fingers crossed ;)

I hate it when tubeless tire develop a mind of there own! Specialized tires will remount with your hand pump when that happens but they weigh 1200 grams so I find that is only worth it in the winter time

and the word verification for this post is "yocycle" fitting kinda

They tell me a quick release lever works in a pinch as a tire lever-not that I'd remember if I needed it!

Glad you had a good ride. I understand wanting some time alone it's one of the reasons I enjoy the gravel so much.

I've used a QR for a tire lever. It's not great, but can save your ride.