Time For A Concept Bike! 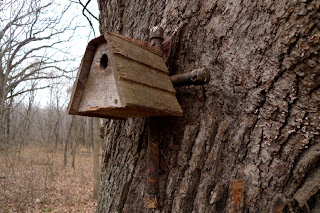 <===Cool woodland bird house with an interesting cross mounting. Doesn't have anything to do with this post, but I don't have a bicycle yet to show for this, so....

Okay, I've ridden a lot of miles on gravel roads on a lot of bicycles and I have an idea. My idea for a bicycle specifically designed for gravel road riding, and...well.....that's about it!

Yes, I could use it as a paved road bike, but that is a secondary consideration.

There are a few pretty set parameters for this project, and some ideas that could be cool- or could be circular binned. Let's go over the main points that I feel "I" want. (Note: You may not agree, and I will entertain your dissensions, if you want, but I would need some seriously substantial evidence to the contrary for me to give up on the following)

The following are my ideas which are pretty set in my mind for this project.
-Frame in steel
-Over-all concept very "Matt Chester-ish" (If you are familiar at all with his work)
-71.5 degree head angle
-72 degree seat tube angle
-High trail fork
-Tall head tube to reduce stem/spacer necessary for drop bars
-Geared or single speed, (but I could be talked out of the need for SS)
-Capacity for 42mm tires with a bit of room to spare.
-Chain stay length can be long-ish, but this isn't a touring bike either.
-Three water bottle mounts, pump peg, rear rack mounts.
-75mm-80mm BB drop

What this bike isn't going to be is a Rando bike, touring bike, or cyclo-cross bike. It isn't going to carry a load on the front. I may want to have a light load out back, thus the rack mounts, but again, it isn't ever going to have panniers. I'd probably run a 2X10, or some 2X set up with friction shifters likely. It is primarily going to be about being stable, easy to ride when tired, comfortable on long rides, and simple.

I'll hit some optional details I am mulling over in another post. Stay tuned....
Posted by Guitar Ted at 1:00 AM

Well, Mister Smarty Pants, how do you reckon you're gonna go about realizing this vision? After "the project which will remain nameless" skipped the rails a few weeks back, I've realized that I'm left to my own devices to acquire a steed such as you have described. I decided to make my own! Big ol' order from Ceeway is on it's way, plus some bits and bobs from Nova, Llewellyn, etc. Will turn all those items into either a really cool gravel road burner, or a really ugly plant stand..

I'm about your height; I'll nominate you as test pilot.

@Erik: Well, the finalization of the details and choice of builder yet remains undecided. That said, I have definite ideas on those fronts. There is going to be a "symposium" of sorts this next weekend on the matter with some other "Mr. Smarty Pants" where I hope to get some of these ideas further refined- or decided upon.

GT, I'll take that as a compliment.

@grannygear: For comfort mainly, and I won't need a set back post with 72* seat tube angle. For gravel/rough road riding, where you are in the saddle far more than not, it is my belief that the slacker seat tube forms a more comfortable rear triangle in the frame.