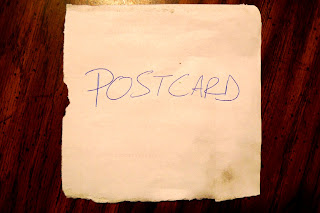 Veteran Registration Closed: Well, with Saturday come and gone, this means that the Veteran roster is set. Surprisingly, we didn't fill all 40 spots available. So, the remaining 11 spots will be allotted to the Rookies bringing up the total available starting tomorrow at 9am to 51 spots.

Rookie Registration: I would be quite surprised if the Rookie registration doesn't end by Tuesday. I am already aware that some folks will be waiting at the door of Europa Cycle and Ski in the morning tomorrow and I am sure that over-nighted packets will be arriving as well. It should prove to be a wild day of Registration, and I will update here on Monday late, along with timely Tweets and Facebook updates throughout the day.Oh yeah, I got an entry early, and it has been discarded. Remember: No entries were to be taken before 9am Monday, November 15th. If you thought your name should have been on the roster, and it doesn't show up. Well, I guess the rest is easy to figure out from there.

Trans Iowa Tune Up Rides: d.p. and I have bounced this idea around. I also have been Tweeting back and forth with Matt Wills from Lincoln about this idea as well. Here's the idea: A short course of gravel is set up with sample cue sheets. (Metric Century?)  Everyone rides self supported. Ride to start in the dark, preferably, to simulate the start of T.I. and give folks an idea of what to expect. (4AM has been suggested) The rides would end at a suitable "watering hole" and folks interested to engage in Q&A with myself, d.p., and anyone in attendance that has T.I. finishing credentials.

These rides would seek to be fun, informative, and work as a bit of training for those inclined to join us.

Okay, here are the optional parts so far. d.p. had wanted to sneak something in before the winter sets in, but I am not sure time will allow for this. So, in all likelihood, these rides would take place in March or early April. There could be one, or two. Probably no more than that. There could be one in the Des Moines area, and maybe one further to the north. (Decorah?) This would accommodate folks traveling from the immediate area. Sort of a "meeting in the middle", if you will.

Maybe folks would like to chime in and make a comment, or send me an e-mail (address in right margin), and I can further refine this idea if there seems to be enough interest.
Posted by Guitar Ted at 1:00 AM

maybe the vets no better then to sign up again? ;)