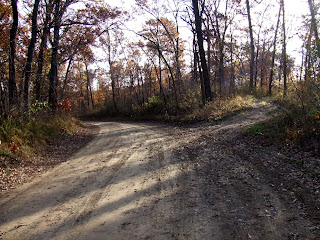 Veterans Of Trans Iowa Races Past Get There Turn To Enter In T.I.V7: Notice: This does not include ya'all who have never done a Trans Iowa before. Your turn comes in about a week on November 15th.

Now I would imagine that the Postal Service has many post cards heading to 4302 University Avenue. I would also imagine several cards are also on their way via overnight express, and even a few might be hand delivered. How will it all play out for the Veteran Registration?

There are 40 spots up for grabs this time. Last year we had Veteran registration (which included past finishers of Trans Iowas), and we got 48 takers. Take away the Finishers from that group of 48, and I think we will have plenty of room for anyone that wants back in this go round.

I figure we'll see a rush on the first day that will fill in much of the 40 open spots, if not all of them. Whatever is left over will go fairly soon after that. That's what I foresee any way. If we end up going the full week with a few left over spots, (highly unlikely, but possible), those would be added to the 40 open spots for Rookies the following Monday, November 15th.

Here is how I compile the roster list. Starting at 9am CST at Europa Cycle and Ski, I will see if anyone slipped something under our door. (It's been done in the past, but be careful if you try this! We have an alarm system now that you might set off!) These cards would get on the list first. Then any walk ins would get on as they drop off cards. Next possibility is the FedEx and UPS overnight packages, which would show up before 10am. Next on the roster would be the regular post. That usually shows up around noon. By this time, I expect to see a nearly full roster. We'll see.

I'll post up an update on Monday Night here and on the Trans Iowa V7 site, along with updates throughout the day on my Twitter feed, (@guitarted1961), and a link on Facebook later in the day as well.
Posted by Guitar Ted at 1:00 AM